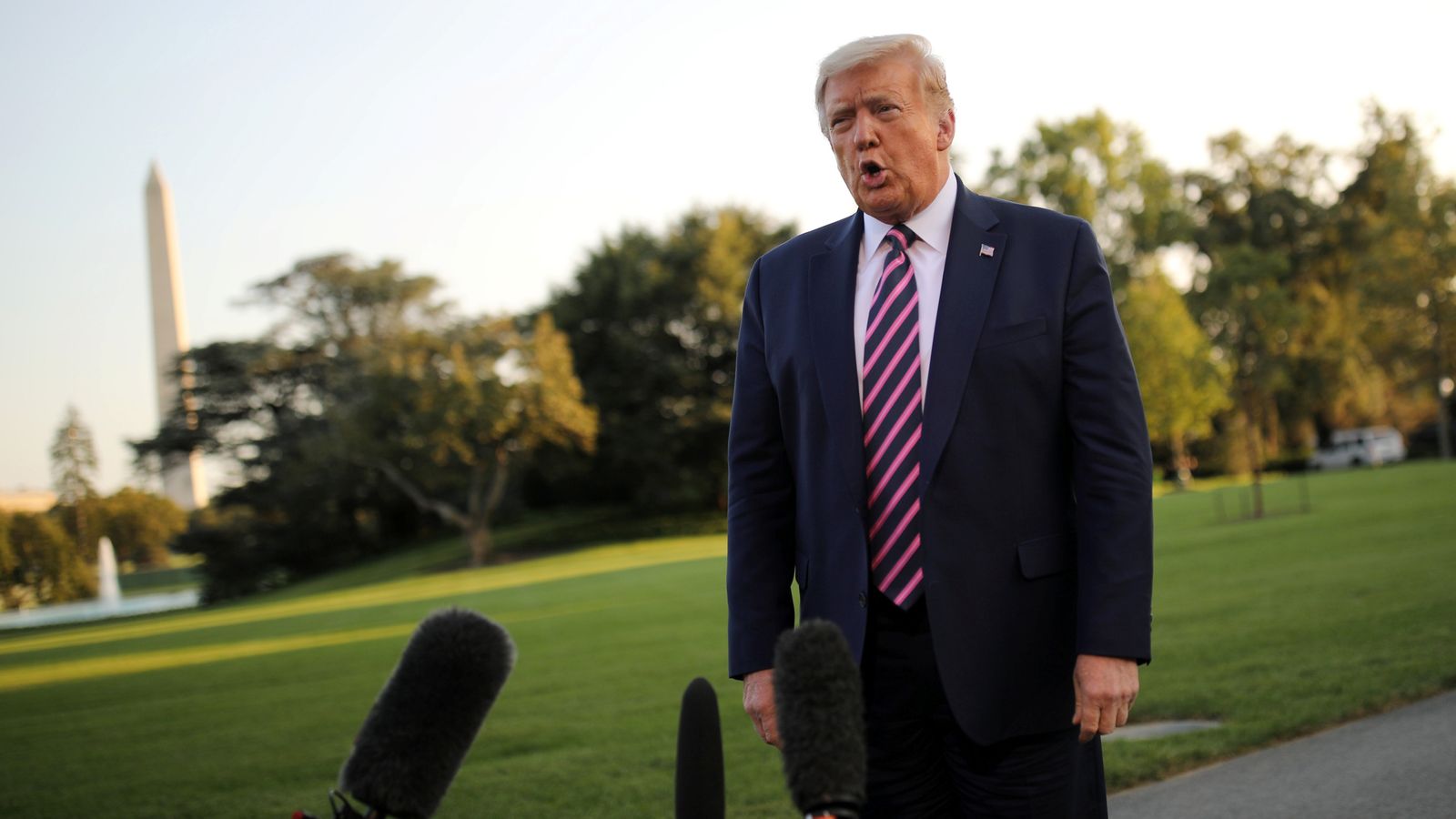 Donald Trump has referred to the death of 200,000 people from coronavirus in the US – the highest figure of any country in the world – as “a shame”.

The president insisted the number of Americans who had died from COVID-19 could have been far higher had it not been for the actions of his administration, without providing evidence for his claim.

Mr Trump had initially ignored a question from the media about the US death toll as he was leaving the White House for an election rally in Pennsylvania.

He then said: “I think it’s a shame. I think if we didn’t do it properly and do it right, you’d have 2.5 million deaths. You could have a number that would be substantially more.

“It’s a horrible thing. Should have never, ever happened.”

He also repeated his previous criticisms of China, where the coronavirus first emerged at the end of 2019.

He said: “China should have stopped it at their border. They should have never let this spread all over the world. It’s a terrible thing.”

Mr Trump has been criticised for his handling of the COVID-19 pandemic, having repeatedly sought to downplay the disease as it began to spread through the US.

There are continuing fears among health experts that the high level of infections in the country will make the virus more difficult to control during the winter months.

According to Johns Hopkins University, the US has seen nearly 6.9 million cases and 200,818 deaths.

The figures account for more than 20% of the cases worldwide, despite the US having just over 4% of the world’s population.

Brazil has the second worst toll with 138,105 recorded deaths. The global figure for deaths from the coronavirus is 971,483.