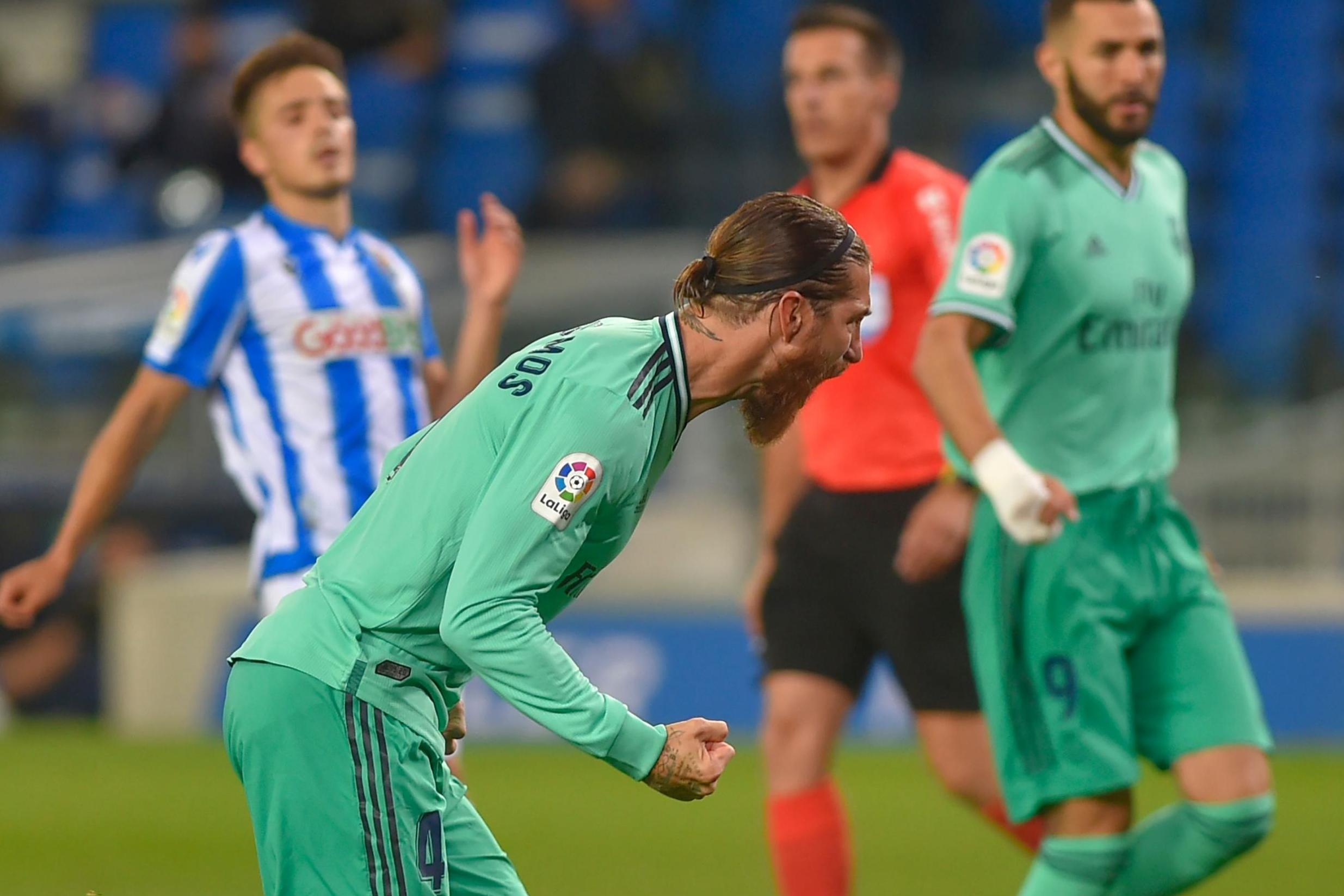 Real Madrid have gone top of LaLiga, following a 2-1 win over Real Soceidad on Sunday.

Los Blancos went into the game, knowing that victory will see them knock rivals Barcelona off top spot, after the Catalans could only draw 0-0 with Sevilla 24 hours before.

Sergio Ramos scored from the penalty spot, before being forced off with injury.

Zinedine Zidane’s men extended their lead at the Anoeta through the in-form Karim Benzema.

With seven minutes left, Mikel Merino pulled one back for the hosts, but Madrid held on for all three points.

Real Madrid and Barcelona both have 65 points after 30 fixtures, but the team from the capital are top on head-to-head.