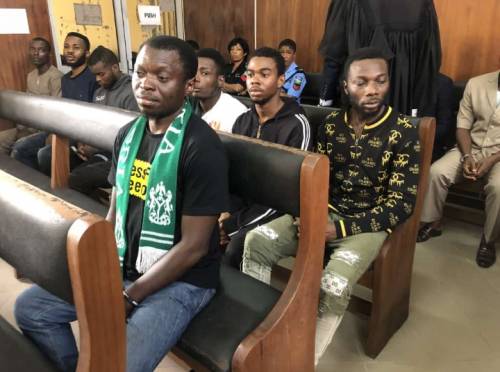 The Students’ Union of Tai Solarin University of Education have asked the Nigerian Government to unconditionally release detained journalist, Agba Jalingo, and withdraw all charges against him.

The union also lamented the increasing rate of rights abuse of citizens across the country under the administration of President Muhammadu Buhari.

Citing several cases of unjustly detained citizens, President of the students’ union, Soneye Abdul-Azeez Lekan, in a statement, noted that President Buhari is leading the country to a full-fledged dictatorship with the incursion of military and paramilitary forces against the civilian space.

The statement reads, “As a progressive body, we do not agree with the blame shifting narratives of both the Cross River State Government and Federal Government respectively as far as the case of Agba Jalingo is concerned.

“The charges against this journalist are politically motivated and cannot stand the test of natural justice, equity and good conscience.

“Rather than using state forces, Governor Ben Ayade should have come out open with substantial proof against the report by Agba Alingo.

“The effort and resources being used irresponsibly by these two levels of government should better be channelled to improving the living condition of the people.

“Hence, we stand in solidarity with the course of Agba Jalingo and make an open call for his immediate and unconditional release with all trumped up charges against him withdrawn.”