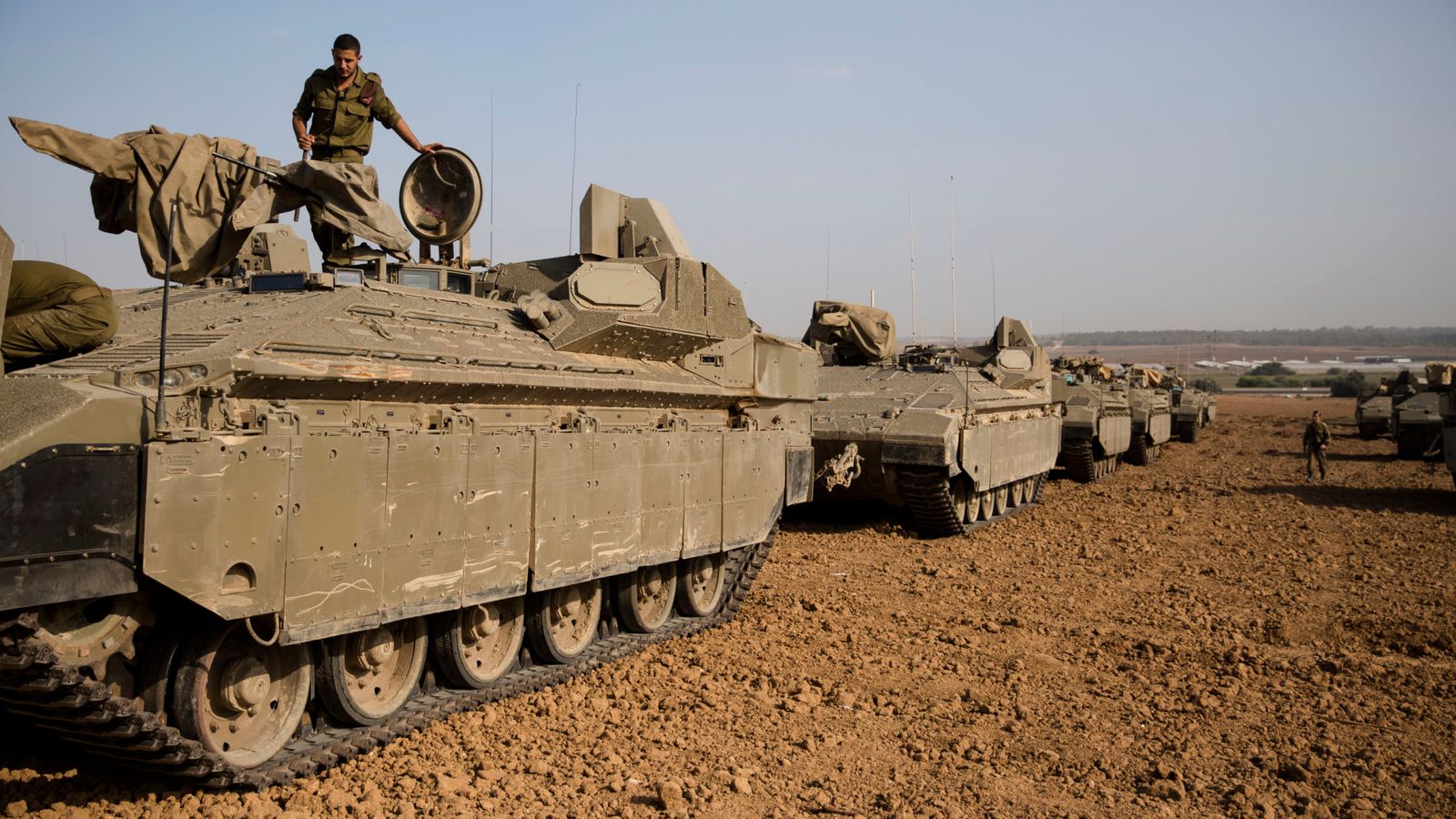 Israel and the militant group Islamic Jihad have begun a ceasefire after at least 34 Palestinians were killed in the heaviest fighting in months.

Almost half of the dead were civilians, including eight children and three women, medical officials in Gaza said.

Eight members of one Gaza family were killed by an Israeli missile strike shortly before the truce came into effect, officials and residents said.

They claimed none of the victims were militants.

However, Israeli military spokesman Major Avichay Adraee said the head of the family, Rasmi Abu Malhous, who was among the dead, was the commander of Islamic Jihad rocket crews in the central Gaza Strip, although the group has not claimed him as a member.

Some of the family’s bodies were completely buried in sandy earth, neighbours helping rescue workers to pull them out.

In two days of fighting, southern Israel was paralysed as militants fired hundreds of rockets across the border, injuring dozens of people.

Hamas, the dominant faction in Gaza, appeared to stay out of this round of fighting.

The clashes began early on Tuesday after Israel killed one of Islamic Jihad’s senior commanders, Bahaa Abu el-Atta, who it had deemed to be an imminent threat.

He was claimed to be behind a string of rocket attacks, and was believed to be planning cross-border infiltration, Israel said.

The Egyptian-brokered ceasefire began at 5.30am (03.30 GMT), about 48 hours after the fighting began, Islamic Jihad spokesman Musab al-Berim said.

“The ceasefire began under Egyptian sponsorship after the Occupation (Israel) submitted to the conditions set by Islamic Jihad on behalf of Palestinian resistance factions,” he said.

An Israeli military spokesman announced that its Gaza operation was over on Twitter.