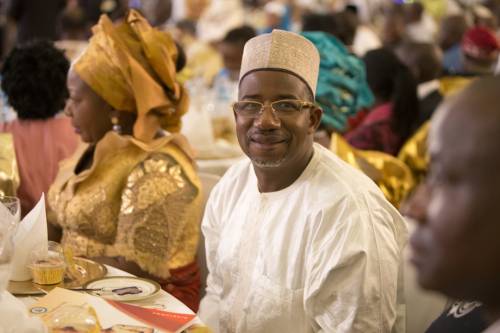 Bala Mohammed, Governor-elect of Bauchi State, is set to face a fresh six-count charge bordering on alleged failure to declare his assets and false information.

Bala will be arraigned on Monday by the Economic and Financial Crimes Commission (EFCC).

Mohammed, who contested on the platform of the Peoples Democratic Party (PDP), was declared the winner of the 2019 Bauchi State governorship election after defeating Mohammed Abubakar, the incumbent Governor of the state, of the All Progressives Congress (APC).

According to information sent by the court registrar to Chile Okoroma, the EFCC Director of Legal Services and Prosecution, Mohammed will be arraigned in Court 26 at the FCT High Court, Maitama in Abuja.

The charge read in part: “That you Bala A. Mohammed on or about October 24, 2016 at the head office of the Economic and Financial Crimes Commission in Abuja within the judicial division of the High Court of the Federal Capital Territory made a false statement to the detective, Ishaya Dauda, investigating officer with the Economic Governance Section of the EFCC, Abuja to wit: that you acquired house situated at No. 2599 and 2600, Cadastal Zone AO4 Asokoro District Abuja through a mortgage facility from Aso Savings & Loan Bank Plc and you thereby committed an offence contrary to Section 09 (2) (a) of the EFCC (Establishment) Act 2004 and punishable under Section 39(2)(b) of the same Act.”

In a recent interview with Punch newspaper, Mohammed had said his trial by the EFCC was “completely politically-motivated”.

He continued: “But I believe in justice and that was why I went to the court of justice. Definitely! I have been under probe by the EFCC and because I believe in accountability and was influential in the government of President Goodluck Jonathan, I chose not to run away.

“I will stand and answer all questions. I have passed the first battle by winning my case against the Federal Government on human rights, for arbitrarily imprisoning me and then calling me names. Of course, N5m has been awarded in my favour and the next one is the other spurious charges against me. I believe in justice and equity.

“And if the Speaker of the House of Representatives, Yakubu Dogara, has discovered some documents which shows that over 2,000 ghost workers have been inputted into the salaries and arrears of Bauchi State in the last four years and over N400bn has come to Bauchi and we cannot see anything that has been done for N5bn, if I don’t do it (probe him), then I have abdicated my responsibility.”