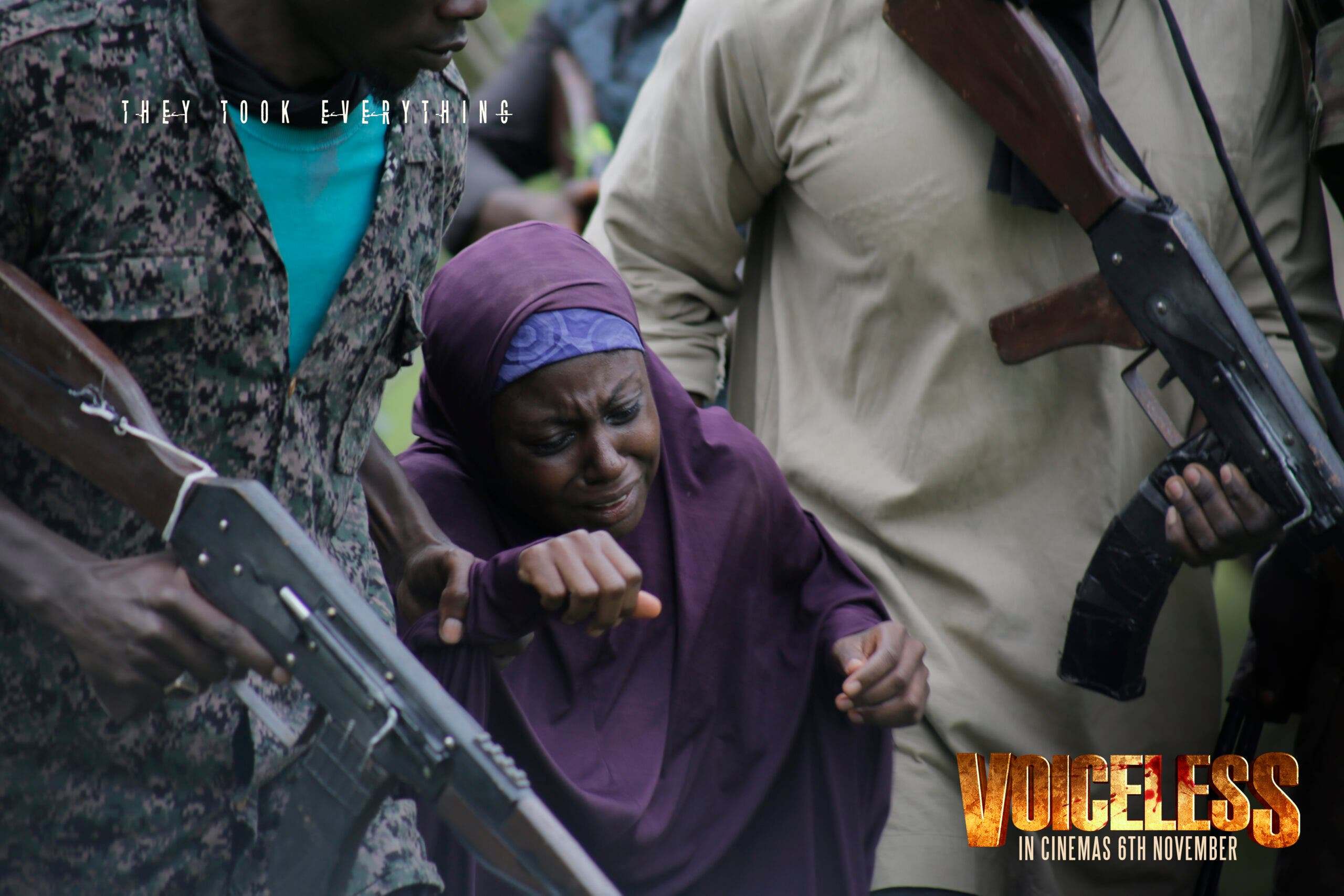 By Prisca Sam-DuruIn collaboration with Theatrone Media and Whitestone pictures, Native Media, a TV Production company brings to the general public, its Hausa Language feature-length film, ‘Voiceless’. The much anticipated, insurgency-inspired romantic thriller sub-titled in English, opens in cinemas across the country from 20th November 2020.

Written by Jennifer Agunloye, directed by Robert Peters, and Produced by Rogers Ofime, ‘Voiceless’ exposes the anguish being experienced by victims of the dreaded Boko Haram insurgency.

The very emotive film based on real events exposes not only how individuals are abducted or, live in captivity but also, life after escape from captivity for those who make it out alive.

‘Voiceless’ is a gripping love story based on actual events, fiction, yet factual. Through Salma’s eyes, we see death, betrayals, hope, and love in captivity. We also see how society reacts to reintegration and through those eyes, love springs eternal.

The movie particularly tells the story of Salma and Goni, two victims captured by a dreaded terrorist gang.

While Goni and his friends are forced to work for insurgents as a skilled mechanic, Salma alongside other school girls is kidnapped to satisfy their abductors’ sexual lusts as well as drive home their agenda against western education for girls.

Amid betrayals and suspicions that make up the abductors’ camp, the duo finds love, strength, and the will to survive and escape. Sadly, Salma comes home with a baby and her father goes berserk.

The hostility and helplessness of a mother whose culture prevents her from standing up for herself drive poor Salma away from home. Goni and his friend, Bulus, after helping the girls escape from captivity, come home to meet the worst hostility ever.

Commenting on the film during a preview at Film House Cinema, Lagos, Asabe Madaki who acted as Salma, harped on the need for movies that touch humanity and our unity, adding that “’ Voiceless’ is a movie that represents the voice that speaks for the voiceless”.

On her role, she said, “Taking up the role of Salma came with a lot of trauma for me. It is so because the movie is based on true events and I believe that the real victims must have gone through worse than depicted in the movie.

It was traumatising for me knowing that human beings went through all that. We need to show love to victims, rehabilitate them, and empower them. Many have lost their relatives and are left with nothing. It will be more traumatic for them if the society rejects them”.

The Executive Producer, Rogers Ofime stated that “I always believed that there are two roads in life; for ‘Voiceless’, we took the road not travelled by many and are happy we did. I went from the capture of the girls and boys and then to their escape.

The fact that both the girls and boys are being stigmatised after their escape, shows that there’s no culture whereby they are integrated back into the system. Imagine that the boys who masterminded the escape of the girls are stoned on coming home”. He added that the film is aimed at sensitising society on the need to pay serious attention to victims of insurgencies.

The Director of the film, Robert Peters, famous for 30 Days in Atlanta, did not hold back his feeling of fulfillment about the project. “I have always wanted to make a film that will give me a better purpose as a filmmaker. So, when the idea of Voiceless was presented to me, I was very interested.

‘Voiceless’ is distributed in cinemas by FilmOne Entertainment, renowned for films such as The Wedding Party, The Wedding Party 2, Merry Men 1&2, King of Boys, Living in Bondage: Breaking Free, and Sugar Rush, to mention a few.