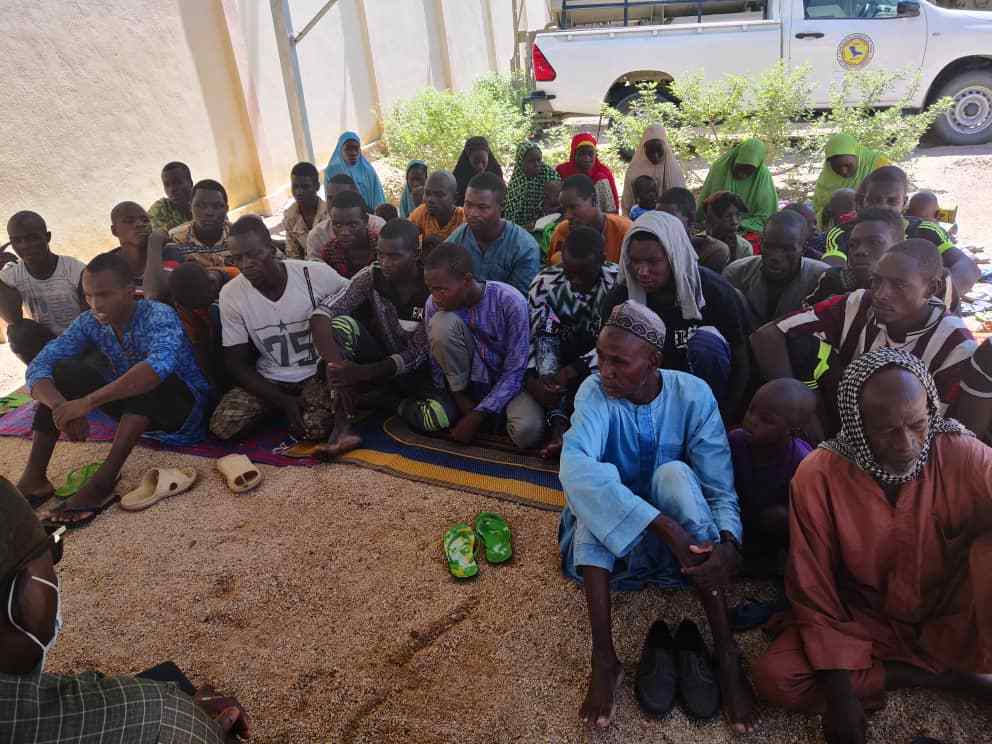 The Multinational Joint Task Force on Thursday disclosed that 47 Boko Haram/ISWAP terrorists have surrendered to troops as a result of misgivings owing to failed promises, leadership crisis and ethnic tension within the terrorist group.

Following their confessions, it was discovered that Incessant power tussle in the top echelon and failure to crystalize the overly ambitious goals of offering better opportunities for self-actualization and establishment of a caliphate in the Sahel, among others have created a momentum for mass surrender of Boko Haram and ISWAP terrorists in the Lake Chad and contiguous areas, particularly, within the MNJTF area of operation.

Colonel Timothy Antigha, Chief of Military Public Information, MNJTF who made this known in a statement, quoted “A member of the group (identity withheld) who admitted to participating in various operations in areas such as Banki, Fotokol, Gambarou Ngala, New Marte, Chikun Gudu, among others but expressed frustration with the lack of progress in the jihad, occasioned, according to him, by the pre-occupation of the leadership in the pursuit of material things.

“They told us that we were being lied to and cheated by apostate governments, but I have not seen any difference between Shekau and those he has been condemning.

“He may even be worse”. Continuing, he said, ” I am having it a lot better here because since we came out of the bush, we have been fed and catered for”.

“Another surrendered terrorist who was agitated because he claimed that he was misled to kill innocent people, for which he might face physical and spiritual condemnation, said there is ethnic rivalry among members of Boko Haram and ISWAP.

“If you do not speak a particular language, you can not be appointed a commander or made a guard in the bush.

“He also said that you can not even be allowed to go for tax collection.

“This discriminatory attitude has made some of us feel that we are not trusted and good enough to be given responsibilities”.

A female member of the group lamented the severe abuse of women in the camps and prayed that no woman should find herself in the situation she recently escaped from.

According to her, ” those people are ungodly, so they can not tell the world that they are doing the will of Allah”.

“It would be recalled that the MNJTF has been consistent in its observation that Boko Haram and ISWAP are transnational criminal enterprises which have been sustained by grand deception, appeal to religious sentiments and violence.

“The force is therefore vindicated by the testimonies of the surrendered terrorists who spoke on their own volition.

“Consequently, the MNJTF renews the call on other misled fighters in the bush to come out. It is important to add that MNJTF Troop Contributing Countries have structures and programmes in place to receive all those who surrender.

“Similarly, the MNJTF urges communities to accept repented terrorists back after their rehabilitation, even though some of them had perpetrated heinous crimes.

“The MNJTF shares in the understanding that such a gesture by communities will go a long way in the continuing efforts to defeat terrorism and build peace in the Lake Chad Basin.”