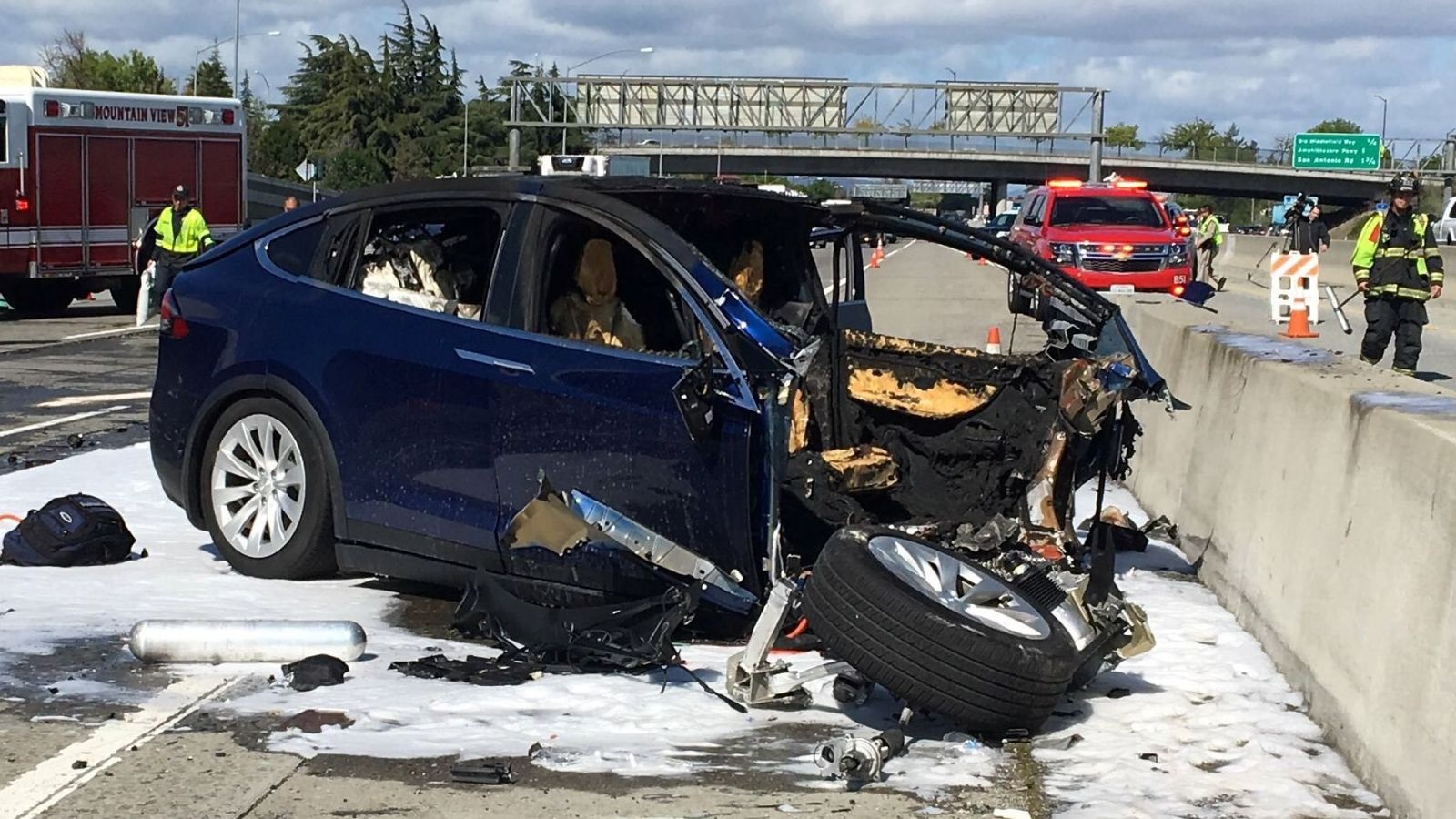 An Apple engineer who died when his self-driving Tesla hit a concrete barrier had previously complained about the car malfunctioning on the same stretch of road.

Walter Huang had been driving a 2017 Tesla Model X near Mountain View in California at the time of the collision in March 2018.

But documents released by the National Transportation Safety Board say the 38-year-old had told his wife that the vehicle’s autopilot feature had veered it towards the barrier where he later crashed.

Mr Huang had also described the malfunctioning to his brother and a friend who owned the same model, the lawyer added.

He had discussed with the friend how a patch to the autopilot software adversely affected its performance.

The NTSB is investigating the collision, as well as another similar case in Delray Beach, Florida, which killed driver Jeremy Banner about a year later.

Tesla says autopilot is only partially automated, keeping a car in its lane and a safe distance from vehicles in front. It is only intended for driver assistance and a driver must be ready to intervene at all times, the manufacturer added.

Records from an iPhone found at the scene showed Mr Huang may have used it less than a minute before the crash but, while data had been used while the vehicle was moving, the source of the transmissions was unclear.

Mr Huang’s family is suing Tesla and California’s Department of Transportation for allegedly failing to maintain the road.

The NTSB said transport officials failed to fix the barrier after it was damaged in another crash, 11 days before the one that killed Mr Huang.

A hearing will be held on 25 February when the NTSB will determine the cause of Mr Huang’s crash and make safety recommendations.

The vehicle then drove under a tractor-trailer that was crossing in front of it, slicing the car’s roof off and killing Mr Banner.

The tractor-trailer’s driver Richard Wood had said he saw the car’s headlights as he pulled onto the highway but thought he had time to make it across.

Data from the Tesla’s computer showed Mr Banner hit the brakes less than a second before the crash.