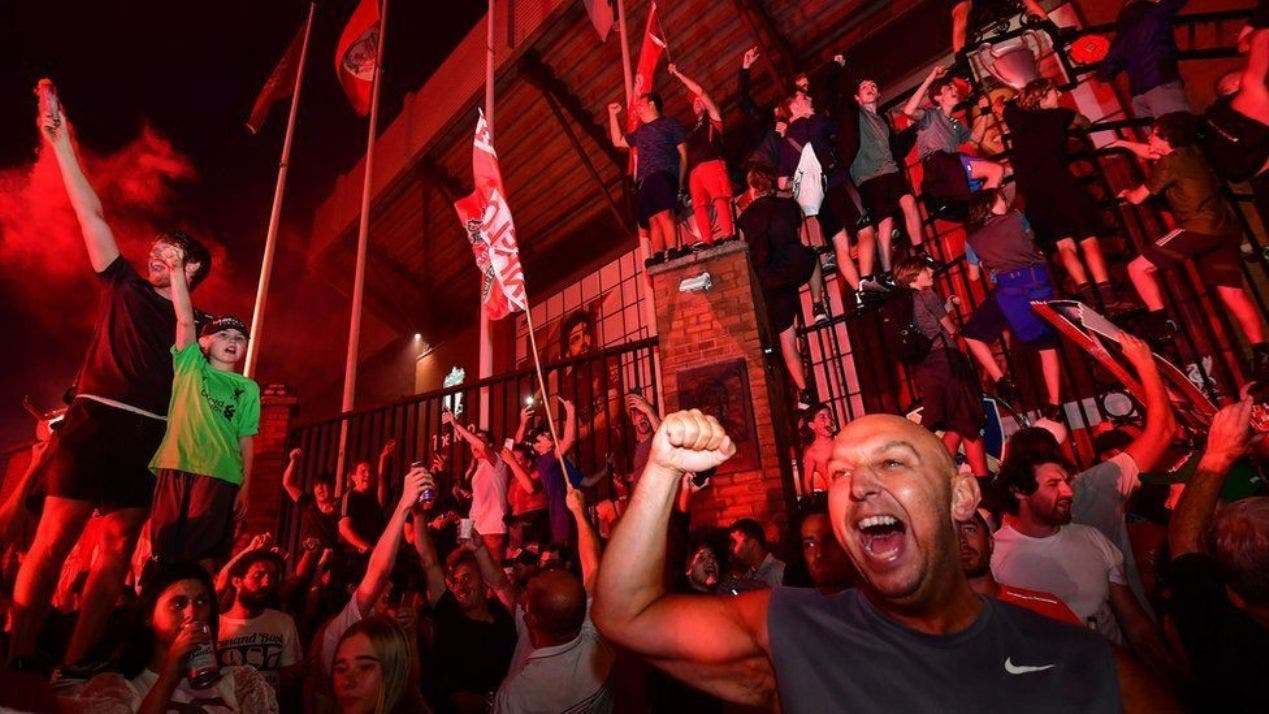 Liverpool could be handed a ban which would deny them of playing their remaining home games at Anfield.

And this act of disobedience did not go down well with Merseyside Police, the City Council and Mayor Joe Anderson.

Anderson condemned the Reds supporters for their over-zealous display which thousands stormed into the streets to celebrate the 30-year wait for a league title. There were fireworks displayed at the iconic Liver Building as fans got together in thousands without observing social-distancing rules while celebrating.

A joint statement from Liverpool, the police and the council said: “Several thousand people turned up at the Pier Head on Friday and some chose to ignore the social distancing guidance and risk public safety.

“Our city is still in a public health crisis and this behaviour is wholly unacceptable.

“The potential danger of the second peak of COVID-19 still exists and we need to work together to make sure we don’t undo everything that has been achieved.

“When it is safe to do so, we will all work together to arrange a victory parade when everyone can celebrate.” Police had to disperse the crowd and made 15 arrests in the process during the chaotic scenes.

Liverpool have three games left to play at Anfield including Aston Villa, Burnley and Chelsea on the penultimate weekend of the season and will be presented the trophy.