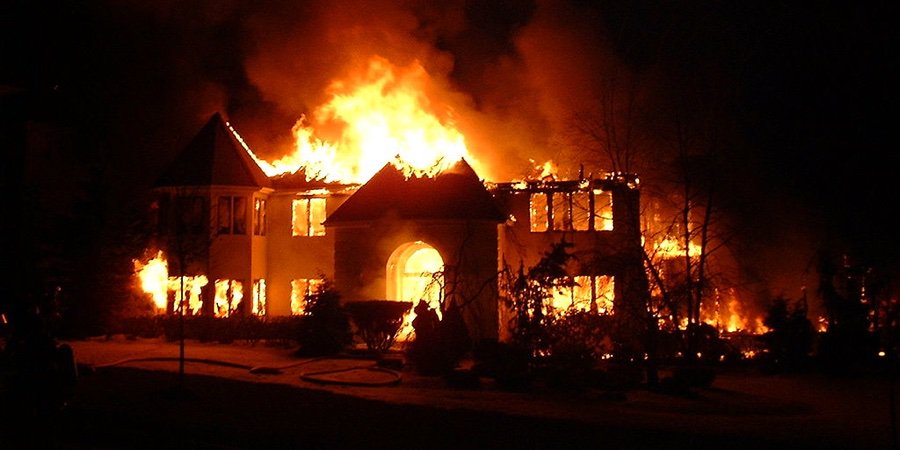 The incident was confirmed by by the spokesman of the state command of the Nigerian Security And Civil Defence Corps, NSCDC, SC Adamu Shehu.

The fire was said to have been caused by the restoration of electricity after about 13-hour outage due to last night’s windstorm that fell trees and some electric cables within Dutse, the state capital.

Adamu explained that apart from the house that was completely charrred, property including clothings, electrical items and furniture were completely destroyed in the inferno.

He, However, stated that the fire was quenched by the command’s personnel and fire service, following the intervention of the airport fire engines that supported the state fire service.

Mallam Nasiru, who is an eyewitness, told DAILY POST, that he was the one that changed the line that has been on the generating set when electricity was restored.

Nasiru, who said he was residing in the house and a student of the Dutse state Polytechnic, said, “When NEPA restored light around 12 noon I went and switched off the line from the generating set that has been on since morning to NEPA.

“After a while, one of the maids of the house came out shouting fire, fire‎ which made me to start attempting at pouring water from the tap but to no avail,” he said.