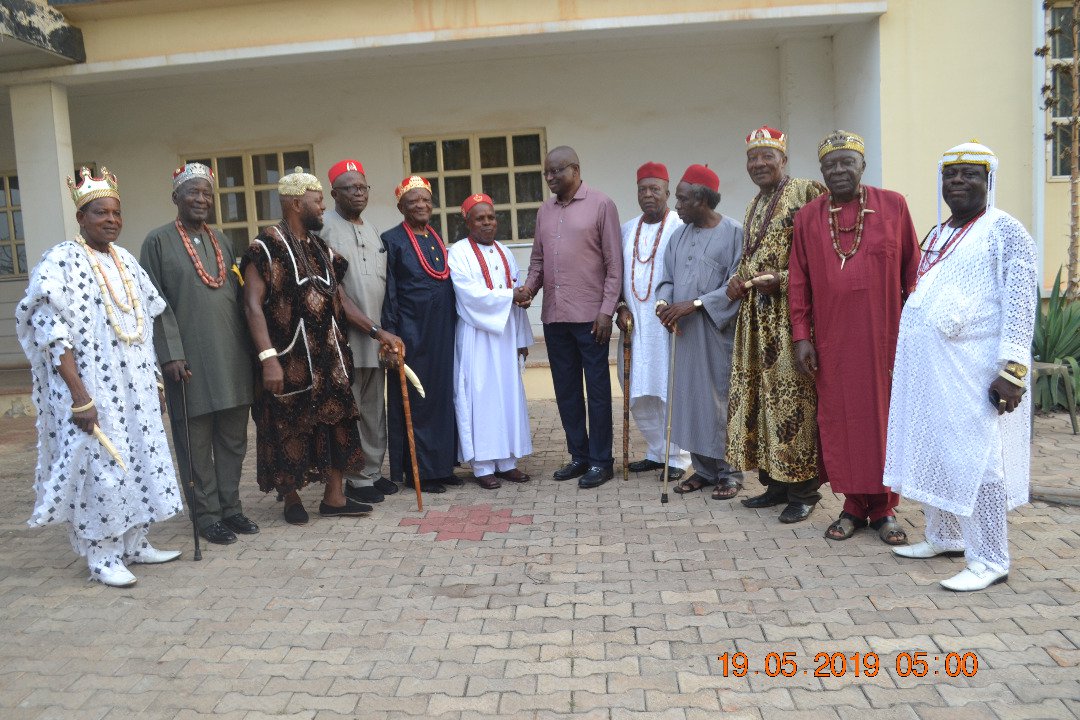 Senator Ayogu Eze of the All Progressives Congress (APC) in Enugu State, who filed a petition before the election tribunal, over conduct of the last governorship election in the state has again hinted on his plan to formally withdraw the petition.

The election was won by the incumbent governor, Rt. Hon. Ifeanyi Ugwuanyi.

Senator Eze gave the hint to newsmen when the Enugu State Traditional Rulers’ Council, led by its chairman, HRH Igwe Lawrence Agubuzu, paid him a visit at his Enugu residence yesterday, to appeal to him to withdraw the petition he submitted to the tribunal in the overall interest of the state, “present and future generations of Enugu State”.

He described the intervention by the royal fathers as the climax of it all.

The APC chieftain, who noted that he had received several groups of notable personalities on the same mission, added that the visit by the revered royal fathers who are “the custodians of our culture and tradition” was “really a mark of honour and respect”, saying: “I am highly honoured by their presence”.

He, therefore, reassured the monarchs that their “efforts to bring peace shall not be in vain” and told them that he will revert to them “within the next one or two days”.

His words: “I am highly honoured by their presence. I want to assure them that their effort to bring peace shall not be in vain. I have told the chairman that within the next one or two days, I will revert to him. I have been consulting widely and I also need to talk to the leadership of my party on this visit, because this visit by traditional rulers is indeed a turning point.

“I have had visitations from other groups but this is the height of it. I want to assure them that their visit shall not be in vain”.

Amb. Agubuzu, who spoke earlier to journalists after the closed-door meeting with Senator Eze, said they came on behalf of the people of Enugu State and the traditional rulers in particular, “to appeal to our own illustrious son, Distinguished Senator Ayogu Eze, to withdraw the petition which he submitted to the tribunal over the governorship election that took place in Enugu State.

The royal father disclosed that they discussed extensively with Senator Eze, asking him to “honour us by agreeing to withdraw that petition” saying: “He is somebody we all know. He is our son, we love him, we like him and that is why we are appealing to him, that in the interest of not only the present generation, but the future generation of Enugu State, he should withdraw the petition.”

According to him, “we are here representing the people of Enugu State generally and the traditional rulers in particular. We feel that at this juncture, we should appeal to our sons in politics in Enugu State, to close ranks and work as one for the progress and prosperity of the State.”