In a viral music audio, Danshawa praised the terrorist, Turji, describing him as “a lion, untouchable and a great leader”. 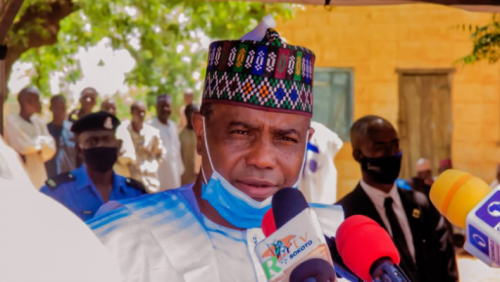 Commenting on the song, Governor Tambuwal said, “We ordered for his arrest to serve as a deterrent.

“This further informs why I advised that the President and Commander-in-Chief of the Armed Forces should consider, because in those places where there are security challenges, the inhabitants are willing to be trained on weapons handling.”

Some residents of Sokoto who condemned the song, described the action of the musician as unpatriotic.

Squadron leader, Aminu Bala, said, “The song is capable of misleading young people to begin to idolise or even pay allegiance to the terrorist.”

Another man resident in Northern Nigeria, Abdullahi Bala, “This is a very sad development; and it is coming at a time of acute security deterioration. As it is, one cannot move from Sokoto here to Illeila, yet someone is praise-singing a terrorist.”