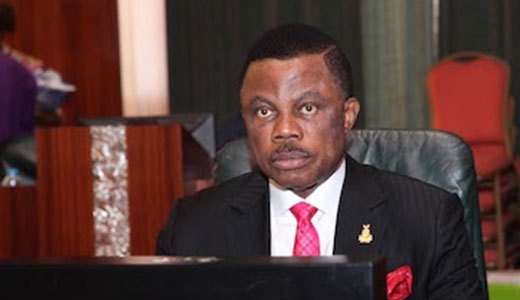 They insisted on continuing with the indefinite strike action they embarked upon on May 13, 2019.

Conveying the governor’s message to members during its congress meeting held in Awka, the president of the association, Dr. Obinna Aniagboso, said the governor offered to pay them the newly-approved minimum wage, which, he said, according to the governor would amount to N12,000 increment to all Anambra State civil servants as soon as the national guidelines were released

Dr. Aniagboso said that the governor during the meeting with him expressed dissatisfaction with the poor payment of salaries and admitted that it was due to low Internally Generated Revenue (IGR), noting that the governor promised to revisit resident doctors’ salaries issue in one year time when the Internally Generated Revenue (IGR) may have increased.

The angry doctors during the meeting broke into a chant of No! No! No! They expressed shock and disappointment at the minimum wage offer, wondering why COOUTH doctors should be neglected for long, insisting that full payment of their salary should commence from April 2019, as agreed to by government representatives earlier this year.

They maintained that they would no longer continue receiving 40% of their salary, noting that they were languishing in penury with no progress in their residency training, and lamenting also that many doctors would keep leaving and the hospital could remain stagnant if nothing was done urgently to arrest the situation.

They also condemned what they described as devious tactics and insincerity of the hospital management. They passed unanimous resolution to continue the indefinite strike until demands were met.

The doctors maintained that government would pay them the balance of their April salary and continue with payment of full salary, as obtained in other institution.

“We are continuing with the strike action pending the implementation of 100 per cent of CONMESS as obtained elsewhere. Let government approve and grant In-service training for all qualified medical officers.

The Association of Resident doctor of COOUTH last week embarked on an indefinite strike action following the failure of the Anambra State Government to honour the agreement it signed with the association on January 17, 2019 during their warning strike.