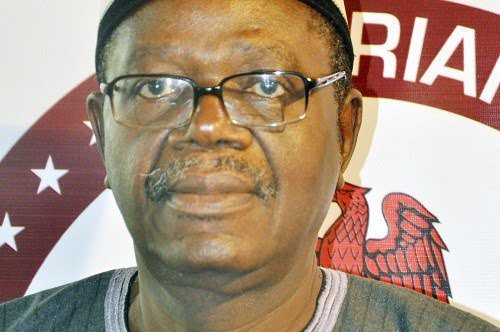 The senator representing Ondo Central District, Tayo Alasoadura, has condoled with the people of Owo over the demise of the Olowo of Owo, Oba Folagbade Olateru- Olagbegi.

Alasoadura’s condolence message was contained in a statement issued by his Media Assistant, Mr Dayo Joseph, and made available to the News Agency of Nigeria, NAN, on Monday in Akure.

He said with the death of the 77-year-old Olateru-Olagbegi, Owo and the state in general had lost a gem.

“The news of the death of our monarch, Oba Dr Folagbade Olateru-Olagbegi, the Olowo of Owo Kingdom, was shocking and painful considering the late monarch’s immense contribution to peace and development of Owo and entire Ondo State.

“He was not only an inspirational leader of Owo town, he was a wise counsellor, a leader totally committed to the wellbeing of his kingdom, he was a peacemaker and peace lover who treated everyone with fairness and respect.

“I pray that God our creator heals our hearts and grant the community succour in this period of mourning.

“May his gentle soul find eternal rest in the bosom of the Lord,” he said.

Meanwhile, NAN reports that the traditional burial rites had begun in the ancient community according to customs.

Speaking to NAN, Chief Niran Osuporu, the Personal Assistant to the late king, said that trees in the palace and the main market had been cut off to mourn the king.

Osuporu added that all chiefs were forbidden to wear beads in order to mourn the departed king.

Adeshina Olateru-Olagbegi, a younger brother of the late king, said that the community would miss the late monarch.

He described the late king as man of peace, who valued everyone irrespective of status.