AREWA
AREWA
AREWA
Search
AREWA
Search
Home Law Nigeria’s Judicial Council, NJC Bars Judges From Promotion For Issuing Conflicting Orders...
WhatsApp
Facebook
Twitter
The National Judicial Council (NJC) has barred three judges of courts of concurrent jurisdiction from promotion to higher cadres for a period of two to five years whenever they are due for such promotions.


The action was taken against the affected judges because they granted conflicting ex parte orders in cases involving the same parties and matters. 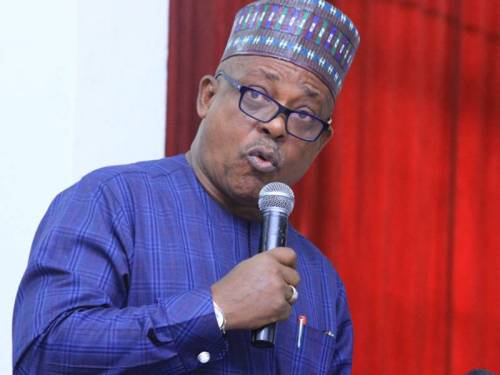 The resolution was reached at the emergency meeting of the NJC, chaired by the Deputy Chairman of the Council, Justice Mary Peter-Odili and held in Abuja between December 14 and 15, 2021.

Soji Oye, NJC Director of Information, who disclosed the outcome of the meeting in a statement, said the action was taken despite the absence of any written petition or allegation of corruption against the affected judges.

He noted that the Council initiated the investigation to understand the circumstances that led to the spate of ex parte orders.

It noted part of the recommendations of the investigation committee set up in September 2021 is that Justice Okogbule Gbasam of the High Court of Rivers State should be barred from elevation to higher bench for two years whenever he is due.

The investigation committee found that he failed to exercise due diligence in granting an ex parte order.

The order in question was issued in Suit No: PHC/2183/CS/2021 between Ibealwuchi Earnest Alex & 4 Ors and Prince Uche Secondus & Anor.

The judge was said to have also been issued a warning letter.

The statement said, “Council also resolved that Justice Nusirat I. Umar of the High Court of Kebbi State be barred from elevation to higher Bench for two years whenever due, having found fundamental defects and non-compliance with the law in granting the Ex parte Order.”

She had issued an ex-parte order in Suit No: KB/HC/M.71/2021 between Yahaya Usman & 2 Ors and Prince Uche Secondus & others and was said to have also been issued a warning letter.
As for Justice Edem Ita Kooffreh of the High Court of Cross River State, he will not be getting a promotion anytime soon.

According to the statement, he will be denied promotion for five years over alleged abuse of the court process.

The case in question is Suit No: HC/240/2021 between Mr Enang Kanum Wani and Uche Secondus for which he granted an ex parte order.

He was also said to have been issued a warning letter to be careful in the future while he was placed on a watch list for two years.

Meanwhile, the Council has approved the appointment of 63 judges for 16 states, nine of which are Heads of Court.