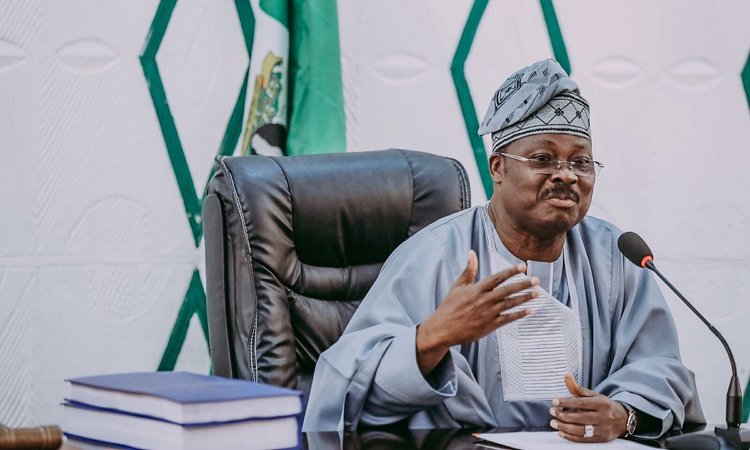 This is following the retirement of the pioneer President of the court, Justice Solomon Akinteye.
Ajimobi while speaking at the event, described Esan as incorruptible, fearless and hardworking, with wealth of experience.

He used the opportunity to disclose that he had assented to over 60 new legislations, targeted at promoting social and economic development and repositioning the judiciary for greater efficiency and speedy administration of Justice in the last three years.

Ajimobi said, “I have no doubt in my mind that the new president of the Customary Court of Appeal is an embodiment of sterling qualities.

“Her wealth of experience from the magistracy and as a judge of the Oyo State High Court where she held sway as a frontline, incorruptible judge will stand her out in good stead to run the administration of the Oyo State Customary Court of Appeal.

“Let today’s event serve as a reminder to all those that are diligent, hardworking and courageous in the pursuit of their convictions that they would surely be rewarded. In the course of administering justice, a judge is bound to contend with forces, which must be tackled dispassionately.

“The ideal judge is, therefore, one that is deemed to be without vices, a person of practical wisdom, mature and balanced in his or her exercise of discretion and concerned for the good of others. Justice Esan is an embodiment of all these virtues”.

The Governor said that the administration led by him had put issues capable of enhancing the smooth-functioning of the judiciary and promoting the welfare of members in the front burner.

Ajimobi added that, “The unwavering commitment of this administration to the rule of law is graphically reflected in the promptness and priority with which we have addressed all issues relating to the needs of the Oyo State Judiciary.

“There is, undoubtedly, no administration in the history of this state that has appointed as many new Judges – 16 at the last count, enacted as many laws and supported the welfare of our judges as we have.

“In our second term alone, I have had the privilege to assent to over 60 new pieces of legislation targeted at promoting social and economic development and repositioning the judiciary for greater efficiency and speedy administration of Justice.”

The Chief Judge of the state, Justice Munta Abimbola, led members of the judiciary to the event, which was also attended by royal fathers, legal icons and well-wishers.