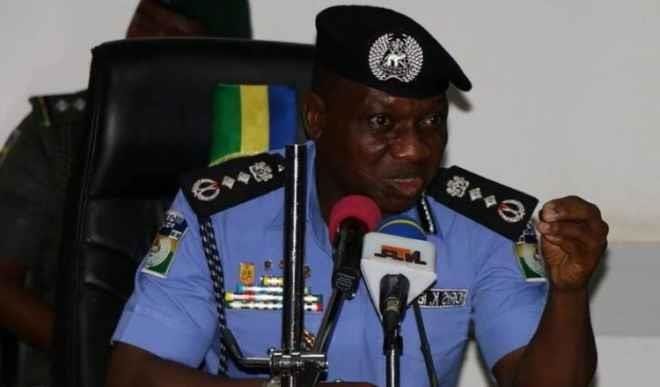 The Inspector General of Police, Mr. Ibrahim Idris, Monday directed commissioners of Police across the country to effect arrest and immediately prosecute of politicians or their supporters in possession of dangerous weapons during campaigns and rallies in their respective states.

The IGP, while speaking in Ibadan, the Oyo State capital, added that the force will not condone hate speeches, indecent and criminal defamatory conducts from any individual or group that can cause threat to public peace and safety anywhere in the country.

Idris spoke during an interactive session on the security arrangement for campaigns and rallies put in place for political parties towards 2019 elections.

He added that Commissioners of Police in the 36 state Commands and the Federal Capital Territory including their supervisory Assistant Inspectors General of Police in the 12 zonal commands are to protect and safeguard all venues of campaigns, rallies and other approved electioneering activities of the Independent National Electoral Commission (INEC) throughout the country.

The IGP, who was represented by Deputy Inspector General of Police, Agboola Oshodi-Glover, disclosed that the police had assessed and accordingly deployed personnel to flash points and vulnerable areas to prevent and nib in the bud any form of inter-party frictions, thuggery and clashes that can lead to disturbance of public peace, not only in the state but elsewhere across the country.

He also advised political parties to abide by the Electoral Act 2010 (as amended) and INEC guidelines and play the game according to the rules.

Idris urged all parties to prevail on their flag bearers, members, supporters and fans not to engage in any act or conduct that can incite violence or disturbance of public peace anywhere in the country during the campaign and beyond.

He said the CPs and AIGs have been placed under strict instructions not to tolerate any form of political intimidation, demonstration of violent conducts and over dramatization of political fans that can precipitate political clashes and jeopardize prevailing peace in their commands from any political party or politicians.

Idris said, “Commissioners of police are to effect arrest and immediately prosecute any party member or supporter in possession of firearms or dangerous weapons during campaigns and rallies in their respective states.

“The force will not condone any hate speeches, indecent and criminal defamatory conducts from any individual or group that can cause threat to public peace and safety anywhere in the country.”

While tasking policemen not to engage in partisanship or bias but remain focus and provide security for all, the IGP also advised parents to monitor their children, wards, subjects and adherents to be law abiding and resist to be used to cause disturbance of public peace and violation of law and order during the period preceding and after elections.