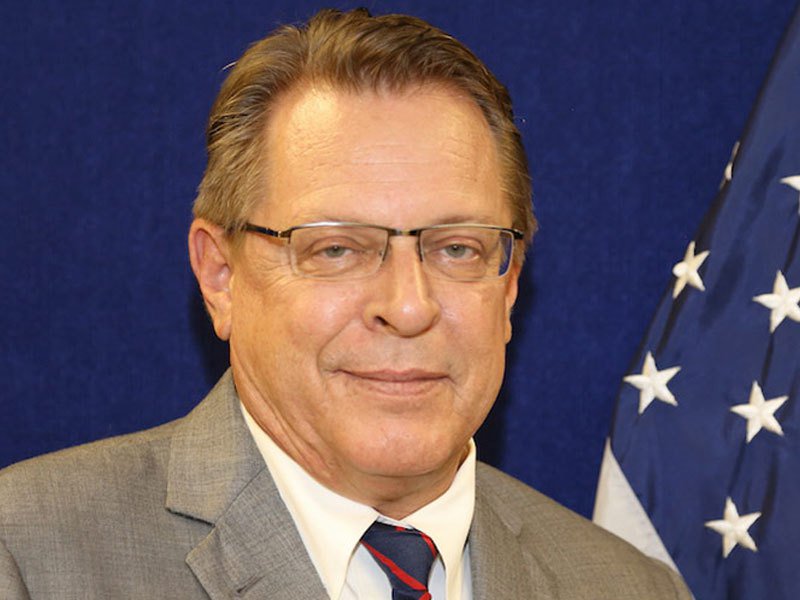 The United States Consul General in Lagos, Mr John Bray, stated on Wednesday that the home government had secured about 1,000 hectares of land on the Eko Atlantic City in Lagos.

NAN reports that Bray made the disclosure at his residence shortly after signing the engagement agreement between the U.S. government officials and Mr Roland Chagdury, the Executive Chairman of South EnergyX Nigeria.

services at the consulate general.

“This is another demonstration that the United States is committed to Nigeria and her citizens.

“What we currently have as a Consulate General was constructed in the ‘70s.

“So, we have acquired a land in Eko Atlantic City to build a new consulate better and more accessible to Nigerians and others coming to
visit for visas and other services,’’ he said.

Bray reiterated the consulate’s commitment to working with Nigerians in providing opportunities for economic and development in
Lagos.

Mr Roland Chagdury, the Executive Chairman of South EnergyX Nigeria said the confidence of the U.S. government in the Eko Atlantic City had reinforced the shared beliefs in the benefits that the city would bring to generations to come.

“We warmly welcome the government of the United States of America to the Eko Atlantic City.

“The signing of this agreement today signifies the dedication that the United States of America has always had for Nigeria,’’ he said.