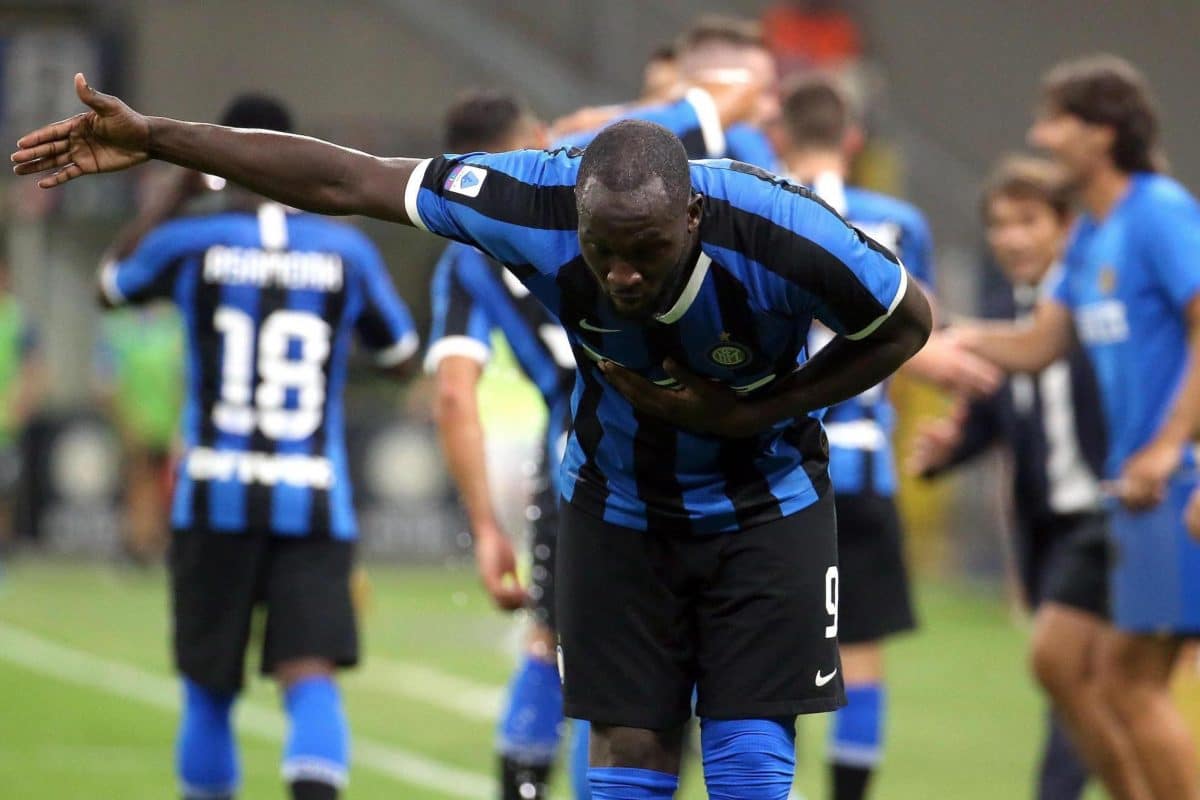 Inter Milan manager, Antonio Conte, has hailed the club’s record signing, Romelu Lukaku, as a “gentle giant” after he netted a debut goal in their 4-0 thumping of 10-man Lecce.

Lukaku and Stefano Sensi scored on their Inter bows on Monday, while Marcelo Brozovic and Antonio Candreva also found the back of the net.

The Belgium striker impressed with his high energy levels and sharp build-up play.

Conte previously wanted to bring Lukaku to Chelsea during his time in charge at Stamford Bridge and he is enjoying finally getting to work with the former Manchester United man.

“Lukaku stepped into the Inter world in the best possible way, with great humility.

“He is a gentle giant, he always has a smile on his face. He is ready to work for the team and is at the disposal of his team-mates.

“I also want to highlight that Lautaro Martinez also played very well and everyone deserves praise.

“It was only the first game, so we can celebrate until midnight, but from tomorrow we have to start thinking about the next match with Cagliari,” Conte told DAZN.