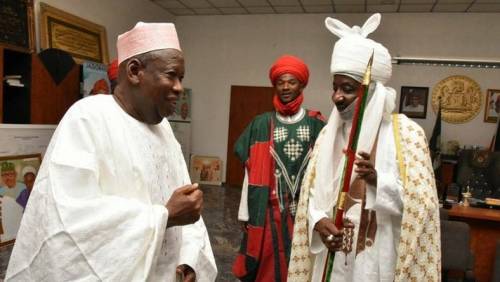 The Governor of Kano State, Dr. Abdullahi Umar Ganduje, has issued a letter of query to Muhammadu Sanusi, Emir of Kano, over alleged financial misappropriation in the Kano emirate.

The letter was served on Wednesday.

SaharaReporters had exclusively reported a step-by-step plan by Governor Ganduje to dethrone Emir Sanusi because he condemned the planned use of violence in the last Kano governorship election.

The letter is coming barely three days after the Kano State Public Complaints and Anti-corruption Commission recommended the suspension of the emir. 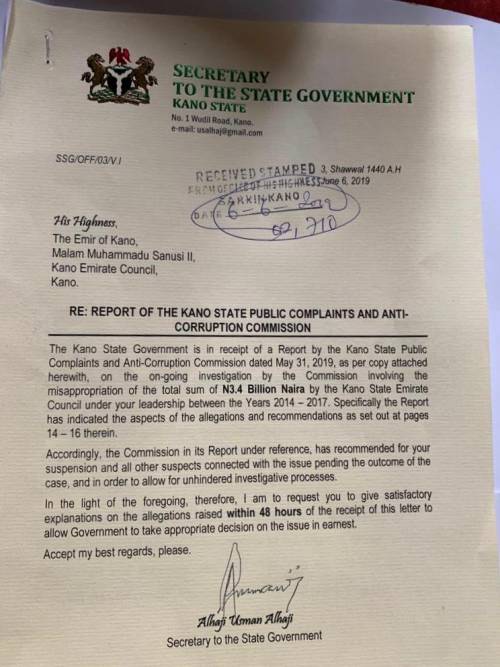 The commission said during its investigation, it uncovered that N3.4 billion was misappropriated by the emirate under the watch of emir Sanusi.

The amount was said to have been misappropriated between 2014 and 2017.