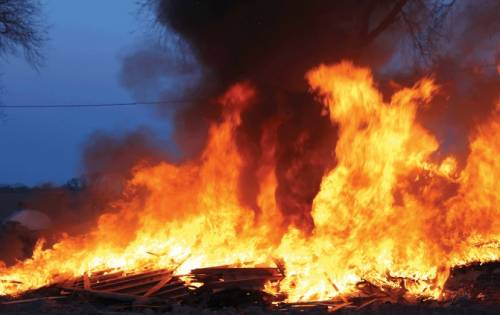 Four persons are feared dead in renewed violence between communities of Urugbam and Abanwa in Biase Local Government Area of Cross River State.

According to the state Police Command, dispute over land led to several houses being set ablaze by the warring communities.

Confirming the development to SaharaReporters, Irene Ugbo, spokesperson of the Police command, said the people resisted the policemen earlier drafted to the area to restore law and order in the affected areas.

“Yes, Biase, Abanwan and Orugbam communities clashed over farmland. It started yesterday and our men were deployed to the areas to forestall breakdown of law and order, but to no avail. The communities didn’t allow conventional policemen access into the affected areas,” Ugbo said.

“The Commissioner of Police has directed mobile policemen to the areas now. The situation was tense but we are on top of it. There are people who have been injured, but no death recorded has been reported.”