by Khad Muhammed
August 19, 2021
WhatsApp
Facebook
Twitter
Following persistent downpour in the early hours on Tuesday, several parts of Owerri metropolis, Imo State, have been submerged in flood shutting down both vehicular and human activities.

The rains, which started at about 9:15 pm, lasted for several hours during which flood covered major streets in the metropolis.

The attendant flooding of the downpour resulted in serious traffic congestion leaving motorists stranded on major roads,while some buildings on Item Street, very close to government house Owerri, and Works Layout were submerged by flood

It was observed that the flood also took over the residential areas. Inhabitants of the area were seen swimming through the flood to access their houses. 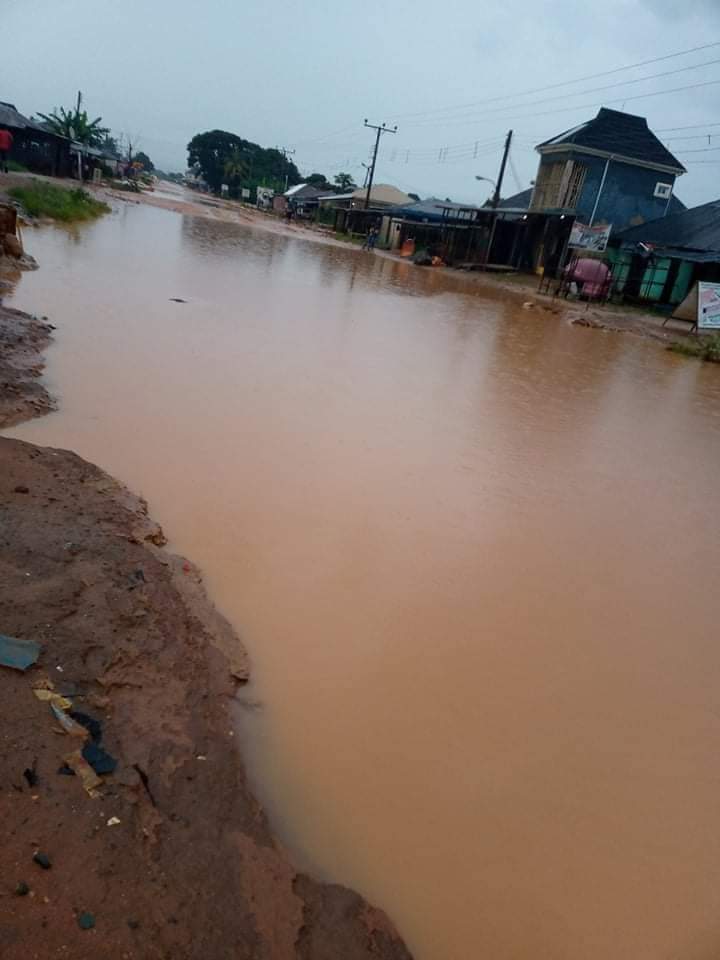 Some of the worst-hit areas include: Item street, Egbu community by Christiana Hospital, World Bank Housing Estate and some parts of Trans- Egbu.

DAILY POST visited Tetlow Street at the school road junction where some motorists were forced to divert to the adjoining streets so as to beat the spot where the flood largely covered the road.

The story is not different in some areas which include MCC junction, Royce road, Amajeke and Old Okigwe road among others.

DAILY POST correspondent who monitored the flood along Owerri- Okigwe road saw three buses stuck in a ditch. One of the buses was sighted at the roundabout close to Government House while the two others got stuck just before the Nigeria Security and Civil Defence Corps office.

Residents, who lamented the situation, said it took them hours to leave their homes for work while many were still stranded along major roads.