The convict, Sara Freeman David, a resident of Army Barracks Yola, bagged the six months jail term on Tuesday for causing injuries on an 11-year old, Esther Emoita, who was in her custody. 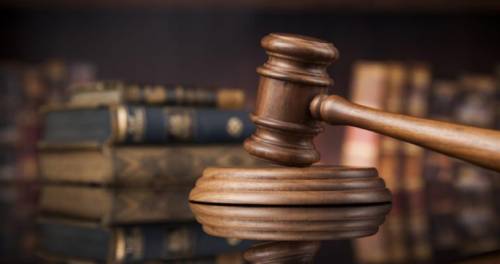 David, an expectant mother, would spend the Christmas season behind bars for what rights activists described as “violence against a child” and causing grievous injuries, contrary to Sections 209 and 218 of the penal code law.

Her arraignment followed a complaint of child abuse lodged at the Karewa police station on October 27, 2021, by the National Human Right Commission (NHRC).

The NHRC had alleged that “the wife of a military officer used hot iron pot on Esther Emoita, as a result of which she sustained injuries. The woman had been maltreating the child who was staying with her.”

David was subsequently arrested and charged to court on November 4, 2021, for the alleged offence, where she pleaded guilty.

In view of her guilty plea, the court adjourned the matter to December 14, 2021, for corroboration and summary trial as earlier prayed by the prosecutor, Seargent Gallion Nimrod.

At the resumed sitting on Tuesday, the woman maintained her guilty plea. She also pleaded with the court to temper justice with mercy.

In his ruling, Chief Magistrate Abdullahi Mohammed Digil, convicted and sentenced the defendant to six months’ in prison with an option of N25,000 fine.

SaharaReporters learnt that Emoita had since been reunited with her biological parents in Akwa Ibom State.