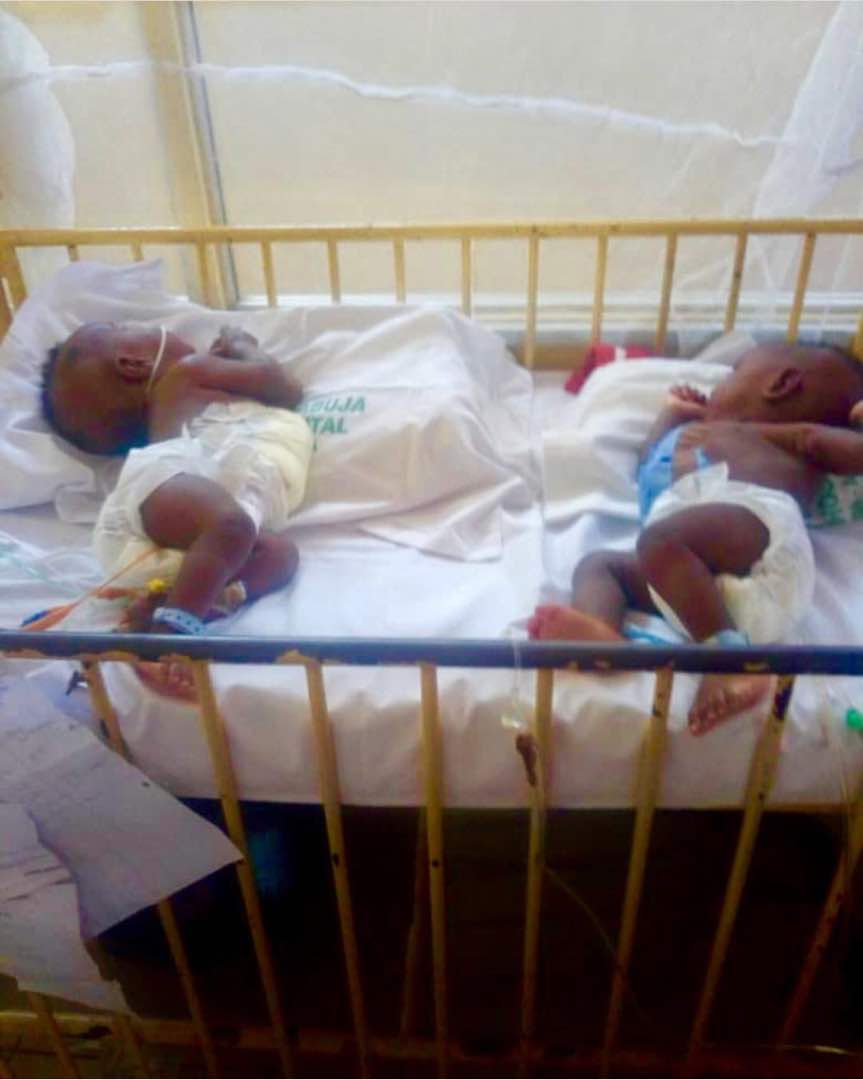 The Management of the University of Abuja Teaching Hospital, UATH, has confirmed the survival and stability of the conjoined twins who were separated four days ago in Abuja.

Chief Medical Director (CMD) of UATH, Dr. Bisallah Ekele, on Friday made the confirmation during an interview with DAILY POST in Gwagwalada, Abuja.

Recall that a team medical doctors at UATH successfully carried out the corrective surgery to ensure the conjoined twins lived independently.

However, there were public concerns on the post-surgery survival and stability of the babies, but Ekele reassured: “As we speak, today (Friday) is the fourth-day post-surgery. The two babies are in good conditions. They are doing well.”

The CMD went further to give an insight into the efforts made towards the success of the surgery. Ekele said: “On their arrival at our facility on June 11, 2018, having being referred from a mission hospital where they were born, appropriate experts were invited to review the conjoined twins.

“The experts were convinced that they could correct the abnormality. That is, separate the conjoined twins into two independent babies.

“We, then, took a decision as to when the operation would be done considering the fitness of the babies.

“In sum, by 29th October 2018, a team of surgeons went to theatre and after four and half hours, the corrective surgery was done.”

Speaking also, the Lead Surgeon of the group formed for the separation of the conjoined twins, Dr. Samson Olori, said the surgery was carried out by two teams of paediatric surgeons, a team of plastic surgeons, two teams of anaesthetics, and specialist nurses.

On the hurdles the group crossed to achieve the medical feat, he said: “The first hurdle was not on the surgery day but during the pre-surgery days. That is, making sure the babies were kept alive which we delicately addressed.

“The other hurdles were anticipated based on our findings because after the initial clinical assessments, there were several CT scan investigations to determine the organs they were joined. So, we knew their livers were joined.

“We had five sessions of all the teams coming together to plan and determine the best approach.

“We had anticipated the bleeding that would take place because the liver is one organ that you can’t really tie.

“So, the hospital management provided some modern gadgets we deployed to make sure the surgery went well. It did go well as we contained the surgery of about 7hrs to 5hrs.

“With what we had available to us, we hadn’t any fear that we would succeed in getting to the root of separating these babies.”