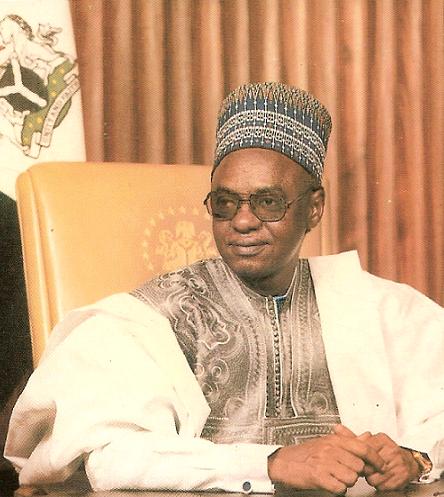 Saraki accompanied by the Peoples Democratic Party (PDP) Chairman, Uche Secondus, Sen Sani Yarima (APC-Zamfara) and Tanimu Turaki former Minister for Special Duties, said that the former President had left a legacy worthy of emulation by all leaders in the country.

“Shagari was a man of honour that lived his whole life for the development of Nigeria and service to humanity.

“On behalf of the National Assembly, my family and people of Kwara state, I wish to extend our condolence to the immediate family, government of Sokoto state and Nigeria as a whole,” he said.

Bauchi state governor, also extended the condolence of the people of the state to the family and called on all Nigerian leaders to imbibe the good habits of forgiveness and integration of late Shagari.

Abubakar described the demise of Shehu Shagari as a great loss not only to the family, but the entire country.

In his remarks, El-Rufai extended the condolence of the people of Kaduna state to the family and people of Sokoto state, while he prayed for the repose of the late former President.

Also condoling with the Shagari family, the Emir of Nasarawa, Alhaji Muhammad Ibrahim, who led the delegations of the state government and traditional leaders and Abdullahi Balalau, the leader of Jama’atul Izalatul Bidi’a, prayed for the repose of the deceased.

Responding on behalf of the family, the late President eldest son, Bala Shagari appreciated the visitors and thanked them for the condolence.