The anti-graft agency apprehended them on Tuesday in separate raids in Lagos and Enugu States.

A total of thirty-three young men were caught, seventeen in the nation’s former capital and sixteen in Enugu. 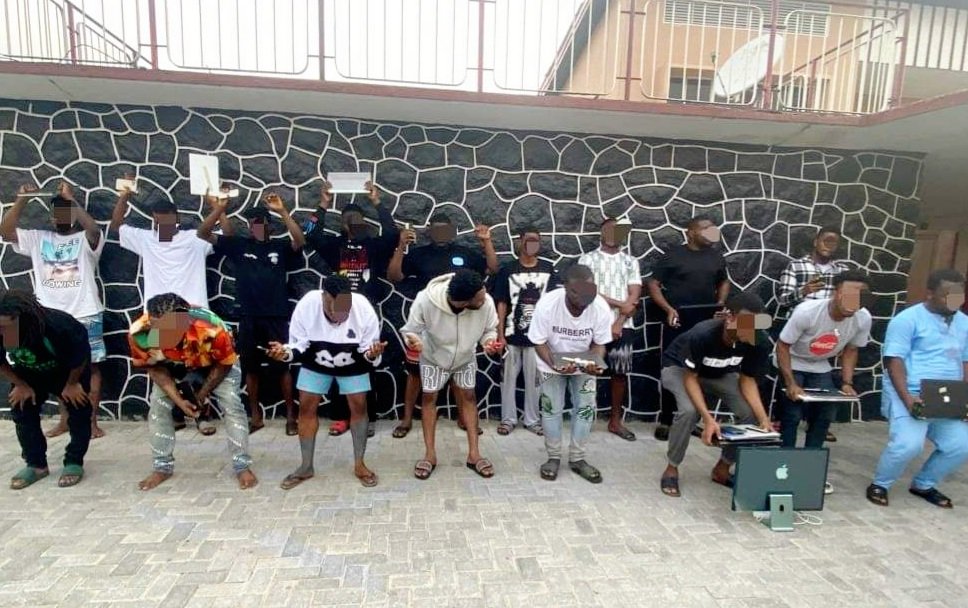 They were arrested in an estate around Ikota after credible intelligence of their alleged illegal activities and involvement in computer fraud.

They are accused of suspected impersonation, possession of fraudulent documents and defrauding unsuspecting foreign nationals.

Uwujaren added that the suspects will be charged to court as soon as investigations are concluded.