The group in a statement by its Chairman, Olanrewaju Suraju, said Nigerians are worried about information published by SaharaReporters on Tuesday, October 6, that the report will be manipulated by the Attorney-General of the Federation and Minister of Justice, Abubakar Malami (SAN). 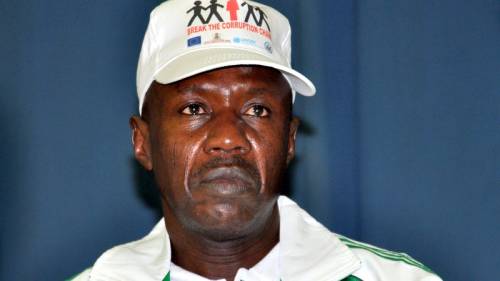 CSNAC said Nigerians and the international community will not accept any attempt to tutor the report, adding that already the manner in which the panel conducted the trial had indicated bias.

Suraju said his group would wish to see Malami respond to the disturbing report.

The statement reads, “We are deeply concerned about the need for a transparent probe by the Presidential Panel set up by the Federal Government. We are worried about reports that the Attorney General and Minister of Justice, Malami has set up an in-house committee to write the report. This will be most unjust.

“From the beginning we have expressed worry about the trial. It has taken more than two months, but the report is yet to be released. It should have been a public trial, but the proceedings were manipulated. Malami, who is the chief witness failed to attend the trial where he should have backed up his claims.

“The trial led by Justice Ayo Salami has been challenged by Magu’s lawyers who said several sittings of the panel were conducted in secrecy in the absence of Magu contrary to Section 2 (D) of the Tribunal of Inquiry Act which the President relied on in setting it up. Magu’s lawyer, Wahab Shittu, said contrary to the act establishing the judiciary panel, since inception on July 3, 2020, the panel has conducted many proceedings in private.

“He said some witnesses were invited and cross examined in the absence of Magu. CSNAC urged the Attorney-General to address Nigerians on the allegations that he has constituted an in-house panel to write a report for the Justice Salami-led investigative panel probing Magu.”