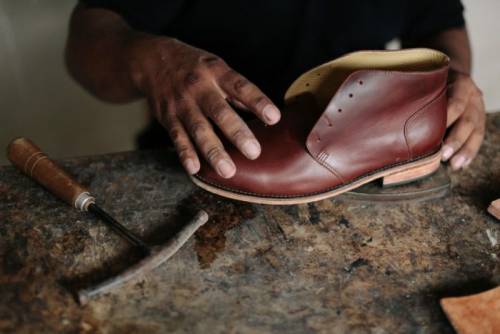 Some gunmen in Taraba State have abducted Mr. Samuel Paul, a shoe cobbler in the state.

Paul is widely known for his shoe manufacturing company in the state, Sam P Craft.

The kidnappers abducted Paul on his farmland in Kundo Village in Ardo-Kola.

A resident of the community who narrated the incident to SaharaReporters said the kidnappers shot sporadically into the air when they invaded the community to give them freedom to carry out their heinous act.

“When the kidnappers stormed and started shooting sporadically before his abduction. The victim was on his farmland in Kundo Village in Ardo-Kola.”

It was gathered that the family of the victim is yet to formally complain to security agencies in the state for fear that he might be killed.

Also, Paul, according to relatives, has been running the shoe manufacturing company for nearly 10 years in Taraba and has established partnerships with Konga Mall as well as Jumia online platforms in Nigeria.

At the time of writing this story, one cannot ascertain as to whether the suspected Kidnappers has made demand for ransom or not.

Sam P Craft has become a leading footwear brand in the Northeast that’s selling across multiple distribution channels in the country.

The company has employed more than 30 people on its payroll and has trained more than 400 youths on footwear design, product development from corporate, government and individual sponsorships.