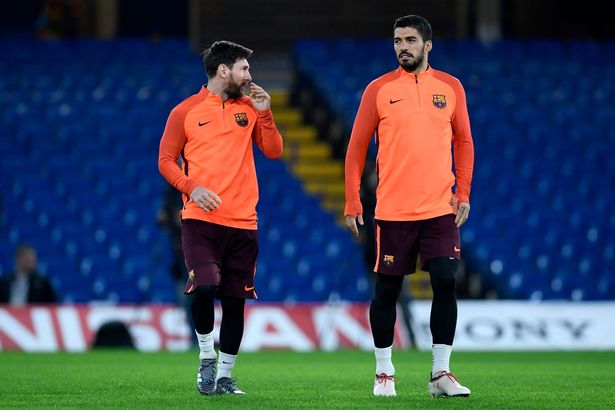 Lionel Messi, Barcelona captain, has spoken about the club’s interest in Antoine Griezmann.

Griezmann is reportedly set to join the Spanish giants, after informing Atletico Madrid that he would be leaving this summer.

“It’s obvious that I like him. He’s one of the best right now.

“I don’t know if there’s anything with him or not, but we’re delighted that the best come and Griezmann is one of them,” Messi told RAC1

His team-mate, Luis Suarez, told RAC105: “Both Griezmann and [Philippe] Coutinho are elite players that are playing at the top level.

“They are where they are for a reason. They’re both young and have long careers ahead of them. And Barca always want the best players.

“If you look at [Greizmann], at Atletico he needs to play with a No 9.

“He’s not a fixed No. 9. Obviously, Griezmann would come here to add to the team and to help the side in the position that the coach wants him to play in.”