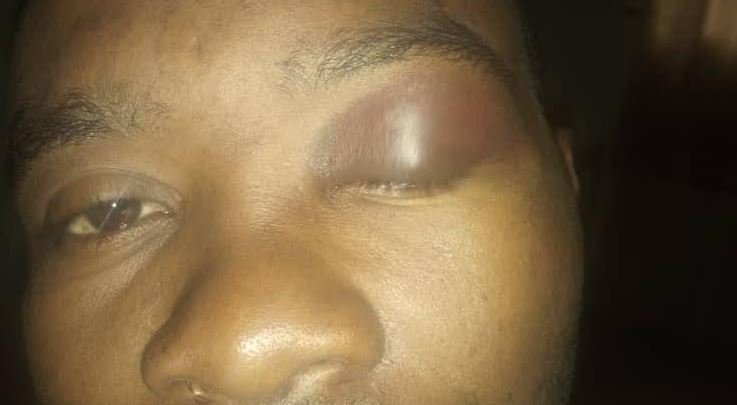 A broadcast and investigative journalist, Mr Babatunde Bamigboye, has accused some members of the National Union of Road Transport Workers (NURTW) of allegedly attempting to kill him.

Bamigboye, popular known as Omo Edema said that he was allegedly beaten by the union members who caused him bodily harm on the order of Messrs Olusola Falade, Adisa and Basiru at the Ajapada Unit of the union in Akure, Ondo State.

The radio presenter said he had gone to park to get their reaction on the allegation levelled against a driver at the motor park when the incident occurred.

Bamigboye, in a petition to the Commissioner of Police, Ondo State Command and the State Criminal Investigation and Intelligent Department (SCIID), alleged that his attackers were directed to kill him by the State chairman of the union.

According to the petition written on his behalf by hos lawyers, A.Y Aliyu of the Yusmail Chambers, Bamigboye urged the police to investigate the matter and prosecute his attackers.

We are solicitors to Mr. Babatunde Bamigboye (A.K.A Omo Edema): a radio presenter and investigative journalist, and we shall hereinafter refer to him as “Our Client” and on whose instruction we write your competent office as state hereunder:

That on the 8th day of November 2018, one Mrs Oluwatayo Aanuoluwa approached our client and explained her ordeal with the men of NURTW, at the motor park, Road Block Village, Akure, Ondo State

“She told our client on the 2nd day of November, 2018 that she boarded a vehicle from the said park to Ilesha and that she never knew how she got to Osogbo in Osun State mysteriously.

“That by the reason of the above, our client advised Mrs Aanuoluwapo to go and report the matter at the Special Anti-kidnapping Squad of the Nigeria Police Akure, and to which she immediately complied.

” Our client thereafter decided to confirm the allegation at the NURTW unit. Our client went there with one of his colleagues. There, our client met one Mr A are Badiru and Nr Lamidi who introduced who introduced themselves as chairmen under Ajapada Branch.Our client explained the circumstance that warranted his coming to the park.

“That after listening to our client, the aforementioned chairmen called other members to come and listen to the story of our client. These other members denied the allegation, saying the woman never board vehicle from their park.

” Our client thereafter demanded for the manifest normally used in recording the names of the passengers who travel from the park. They were furious at our client demand. They however reluctantly released the said manifest three hours after the demand was made in which the name of the said Mrs Aanuoluwapo was not found.

“That after this unimaginable, our client became unconscious and was taken to the police station (Area Command) Akure. The Area Commander who was very furious at the conduct of the drivers immediately ordered that our client be taken to the State Specialist Hospital, Akure. The picture of the scenario wherein our client was publicly humiliated is hereby attached. We also attached the hospital bill for your kind perusal.

” We anxiously hope that you use the instrumentality of your good office to investigate this complaint and take necessary legal action against the culprit “.