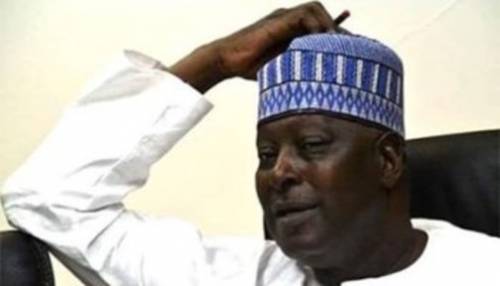 The Economic and Financial Crimes Commission, (EFCC) has opened its case in the trial of Babachir Lawal, former Secretary to the Government of the Federation (SGF), by presenting its first witness, Hamza Adamu

The former SGF and three others involved in the infamous grass-cutting scandal were arraigned before Justice Jude Okeke of a Federal Capital Territory, FCT, High Court, Maitama Abuja.
Lawal, along with his younger brother, Hamidu David Lawal; Suleiman Abubakar; Apeh John Monday and two companies: Rholavision Engineering Ltd., and Josmon Technologies Ltd, were re-arraigned on an amended 10-count charge bordering on fraud, diversion of funds and criminal conspiracy to the tune of over N500 Million.

At the resumed hearing, Buwai, a civil servant with the Federal Ministry of Industry, Trade and Investment, Buwai, who was the Head of Finance, Presidential Initiative For North East, PINE, attached to the Office of the Secretary to the Government of the Federation, OSGF, told the court that he was responsible for all payments made by PINE to contractors, consultants and staff payments.

According to him, Rholavision Engineering Ltd was the consultant for the removal of invasive plant species irrigation programme and construction of water gates along the River Kamadugu Yobe River, which is about 250km but awarded the contract to Josmon Technologies for the alleged clearance of the invasive plant species and the irrigation programme.

The witness further narrated to the court how he knew the companies, adding that after the approval of the procurement process to the companies, that the Consultant, Rholavision took the contractors, Josmon Technologies Ltd; to the site of the project, were they commenced work.

Buwai stated that when the project was almost completed, Rholavision issued Coalition Certificate to the government demanding payment for the 95% of the job done, which was submitted to him, as the Accountant for payment.