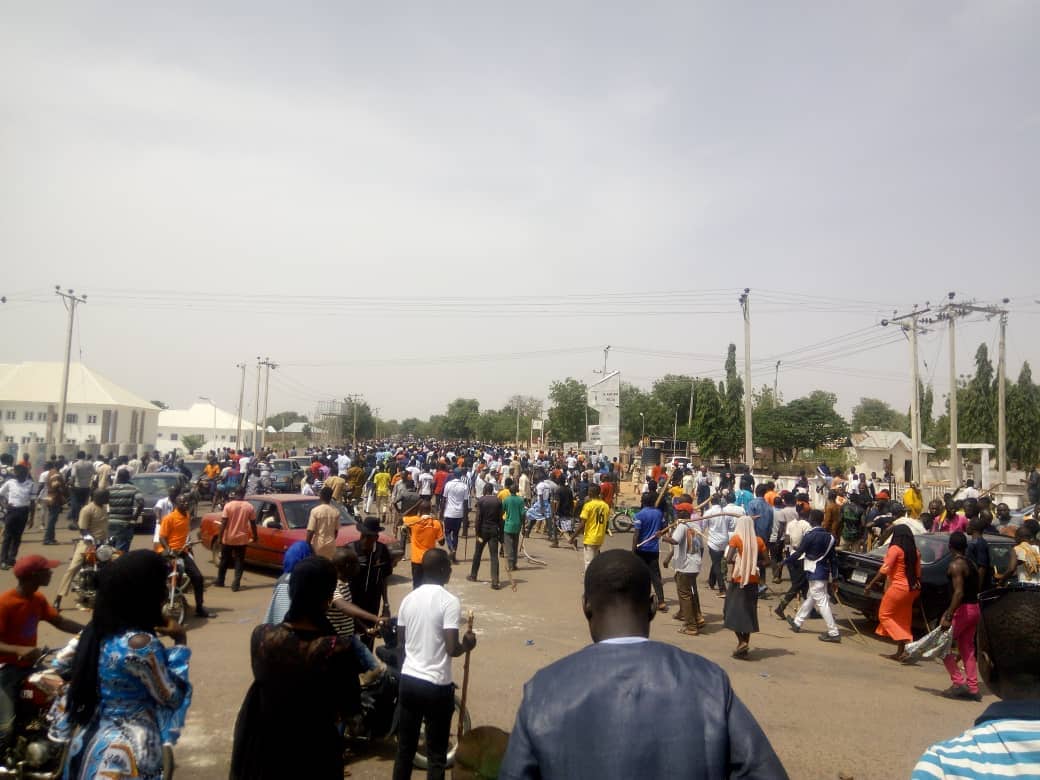 The All Progressives Congress (APC) has reacted to the violence and killings that marred the Peoples Democratic Party’s (PDP) rally in Nembe, Bayelsa State, on Wednesday.

The APC absolved itself of blames, accusing the PDP and the state government of causing the violence.

This was contained in a statement signed by the APC Deputy National Publicity Secretary, Yekini Nabena, in Abuja on Thursday.

The party alleged that the attack on the PDP rally was carried out by armed thugs mobilised to the event by PDP figures.

The APC recalled that it had earlier raised the alarm that the ruling party in the state was planning to cause mayhem to create an atmosphere of war at the stronghold of the APC.

The APC claimed that having realised its strength and popularity in Nembe council area, “the PDP decided to unleash armed thugs, fake military and para-military men in uniforms, to cause unrest in the area, ultimately to create fear in the minds of our potential voters.

“We had alerted the security agencies and the general public on the secret release of about 100 awaiting trial inmates from Okaka Prison in the state capital, Yenagoa, by the state government. We also exposed the plot by the PDP-led government in the state to lure voters with N20,000 each, deploy fake police and military uniforms, clone Permanent Voters Card (PVCs), among others, to allegedly rig the governorship election.

“The manifestations of some of the concerns we raised three days ago seem to have started. If not, PDP will not have mobilized armed thugs to its rally to kill and cause mayhem, having realised that the people of this area had made up their minds to vote the APC”, the party said.

The APC, however, condemned the act of violence in Nembe and called on security agencies to up their game and quickly identify those who were responsible for the violence and bring them to book.

“Just three days ago, we told the world that fake navy, army and police uniforms have been procured to kit political thugs, recruited by the PDP-led government in Bayelsa State. We have been vindicated with the display of desperation at Nembe council area by the PDP.

“It is now clear to all that the outgoing governor, Seriake Dickson, has become chaotic in the face of rejection of his party by Bayelsans as well as the soaring popularity of the APC in the state and the governor has now resorted to violence.

“For the avoidance of doubt, the APC had peaceful, decent and clean rallies all over the state and nobody was harassed, Bayelsans were not coaxed or forced to attend our rallies, but they did because they have embraced APC. How come the PDP, which is the ruling party in the state, could not be decent in the conduct of its political rally in Nembe?

The party commiserated with families of those who lost their lives during the unfortunate event, calling on the international community, local observers and all lovers of democracy “to call Governor Dickson to order not to set the State ablaze for the selfish ambition of his handpicked PDP candidates.”