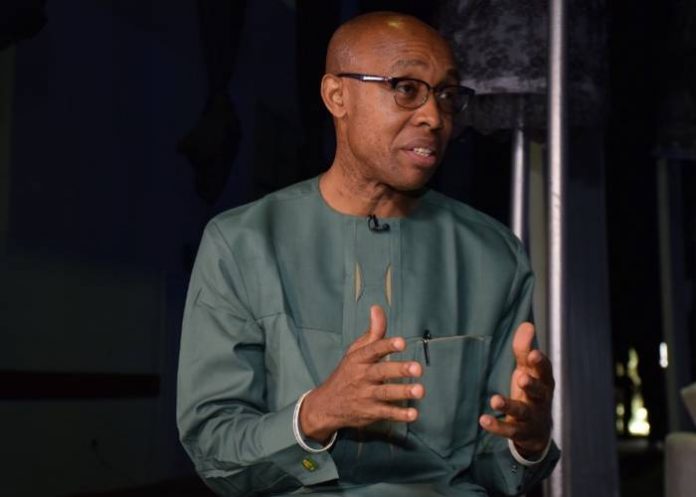 “Bandits” have emerged as the new bogeyman for insecurity in Nigeria, joining a long (and still growing list) that includes Boko Haram, cultists, herdsmen, kidnappers and militants. In different parts of the North-West, from Birnin-Gwari in Kaduna to Tsafe in Zamfara, bandits are offered as the trope for an intolerable carnage, and the inexplicable haplessness of a Federal Government that doesn’t appear to care for much else in an election season. As this lamentable state metastasises, it may be worthwhile to reflect on banditry in Nigeria.

In different parts of Nigeria, banditry is used to describe different variants of outlawry. In reality, the usage conflates two underlying problems – ineffective law enforcement in Southern Nigeria, and the crisis of ungoverned spaces in Northern Nigeria. Since Independence, successive governments have had to confront variants of these trends. The evidence over time suggests a link between governance, its failures, and banditry.

In This Present Darkness, his history of organised crime in Nigeria, Stephen Ellis traces post-independence banditry in Nigeria to “shortly before the civil war, when government broke down in some parts of the Western Region and there was a blurred line between political violence, crime, and organised insurgency.” At the end of the war, the military regime of Gowon failed to manage demobilisation. As demobilised combatants from the war returned home to nothing to do, outlawry became appealing.

In Southern Nigeria, which comprises a mere 29% of Nigeria’s nearly 924,000 km² of landmass, urban banditry ensued. Unsurprisingly, armed robbery in built-up areas of the country was an early manifestation. An early exponent of this was Ishola Oyenusi, a high-school dropout who chose to be called “the Doctor” and terrorised Lagos at the end of the Civil War. In response, the military government introduced mandatory death by firing squad for convicted armed robbers. The first set of public executions took place in front of Bar Beach, in Victoria Island, Lagos on April 26, 1971. Less than four and a half months later, on September 8,1971, Oyenusi was executed at the same location.

Urban banditry was not confined to southern Nigeria. In April 1970, three armed men robbed a bank in Kano of £27,750.

The pace of public executions quickly escalated. By 1976, over 400 armed robbers had been publicly executed by firing squad. In 1984 alone, under the regime of Major-General Muhammadu Buhari, there were at least 338 such executions. In 12 years between 1984 and 1996, over 1,200 of such executions took place. Around the same time, drug trafficking emerged as a major factor in outlawry in Nigeria.

It appeared that each succeeding decade saw an intensification of urban outlawry in different parts of southern Nigeria. In the 1980s, the poster-boy was Lawrence Anini, another school drop-out who concatenated indiscriminate violence with a touch of the Robin Hood marinated in advocacy for the downtrodden. Anini’s reign of terror in the then Bendel State and surrounding states was facilitated by the complicity of some senior police personnel who helped to provide his gang with intelligence and made evidence against them to disappear. When two members of his gang were convicted in mid-1986 following effective police work, Anini turned his guns against the police in an intense rampage of mass killing, during which 10 police officers in Bendel State died between August and October 1986. That would prove to be his undoing. Military President, Ibrahim Babangida, turned up the heat on then Inspector-General of Police, Etim Inyang, famously asking him during a meeting of the then ruling military council in October 1986: “Where is Anini”? Two months later, in December 1986, the police arrested Anini and dismantled his gang, which included Monday Osunbor, a Police Superintendent. In March 1987, they were executed.

In the 1990s, Shina Rambo terrorised parts of South-West Nigeria with similar escapades. In South-East Nigeria, the Otokoto case in Owerri, Imo State, in 1996 revealed a netherworld of ritualised human sacrifice. By the 2000s, commercial kidnapping, political violence and assassinations would emerge as dominant forms of outlawry. The best-known exponents included a man known as Osisikankwu (Obioma Nwankwo) in Abia State and resource militants in the Niger Delta. In Abia State and parts of the South-East Nigeria, government broke down and security was taken over by a bandit, vigilante horde, known as Bakassi Boys.

First, public universities became fertile breeding grounds for outlaws. The story of how this came about lies in the history of competition between university-based confraternities. The Pyrates Confraternity, the oldest of these confraternities in Nigeria would be forced to leave the universities about 1986. The Supreme Eiye Confraternity (National Association of Airlords) emerged in Lagos around 1965 as rival to the Pyrates. In Ibadan, the National Association of Sealords, better known as the Buccaneers, followed by 1972. The University of Calabar produced the Klansmen Confraternity and in the University of Port Harcourt, the Vikings emerged. The growth of these groups coincided with the emergence of articulate civic activism in the universities led by the National Union of Nigerian Students, later known as the National Association of Nigerian students. Military rulers co-opted these cults to disrupt official student activism. Competing groups in the politics of university administration also found them useful. In the Niger Delta, Stephen Ellis recalls, they “became a factor in the region’s politics.”

Second, Babangida’s transition to civil rule programme created a mutual support network between politicians, robbers and cults. By 2008, Mujahid Asari Dokubo, asked how the armed youths who traded in violence acquired their weapons, answered the Rivers State Truth and Reconciliation Commission presided over by former Supreme Court Justice, Kayode Eso: “The guns were purchased with money disbursed by politicians.”

Third, mismanagement of natural resources exploitation in both the North and the South energised the transition from urban to rural banditry. Mismanagement of the economy did the rest. Southern Kaduna, for instance, had always been rich in gemstones, including diamond, sapphire, quartz, ruby, temaline, and aquamarine. In the early-to-mid 1980s, this set off a mad rush of artisanal gemstone rustlers who would invade communities in Jema’a. The rustlers came from as far as Mali, Senegal and Sudan in search of shiny gemstones that the locals called “devil stones”. In 1986, Newswatch Magazine’s Aniete Usen reported “cases of eliminating by kidnapping, sudden disappearance of dealers and diggers and a whole range of other blood-chilling tales. The barons, agents and diggers became fanatically…. fully armed with automatic weapons.” The weapons they brought into Southern Kaduna would feature prominently in the first Kafanchan crisis in 1987. Their methods have been evident in the descent from artisanal mining to organised banditry in Birnin-Gwari and Zamfara, three decades later.

In the Niger Delta, the military government of General Sani Abacha introduced guns to quell civic advocacy for resource justice. In 1994, they deployed the Joint (Military) Task Force. Nearly a quarter of a century later, the guns are everywhere and the JTF is mired in an interminable mission.

In a little-noticed release on December 21, Nigeria’s Defence Minister, Mansur Dan-Ali, a retired one-Star General, himself also from Zamfara State, complained: “The issue of (sic) drug abuse, unemployment and governance amongst others contributes to the deplorable security situation in Zamfara State.” The best the current administration has done is the launch in December 2018 of a Presidential Advisory Committee on the Elimination of Drug Abuse. Chaired by Brig. Buba Marwa (retd., its membership also includes the wives of both the President and the Vice-President. This looks more like a token than a policy response.

Quite clearly, successive regimes in Nigeria have in different ways made efforts, mostlyfutile or counter-productive, to address the different kinds of banditry that they confronted. The difference this time round, it seems, is that the government of the day appears not to be much bothered by the rising human toll of the descent into an ungoverned country, nor does it care to tell the country why it can’t afford to be bothered.

– Chidi Odinkalu is co-convener of #NigeriaMourns.