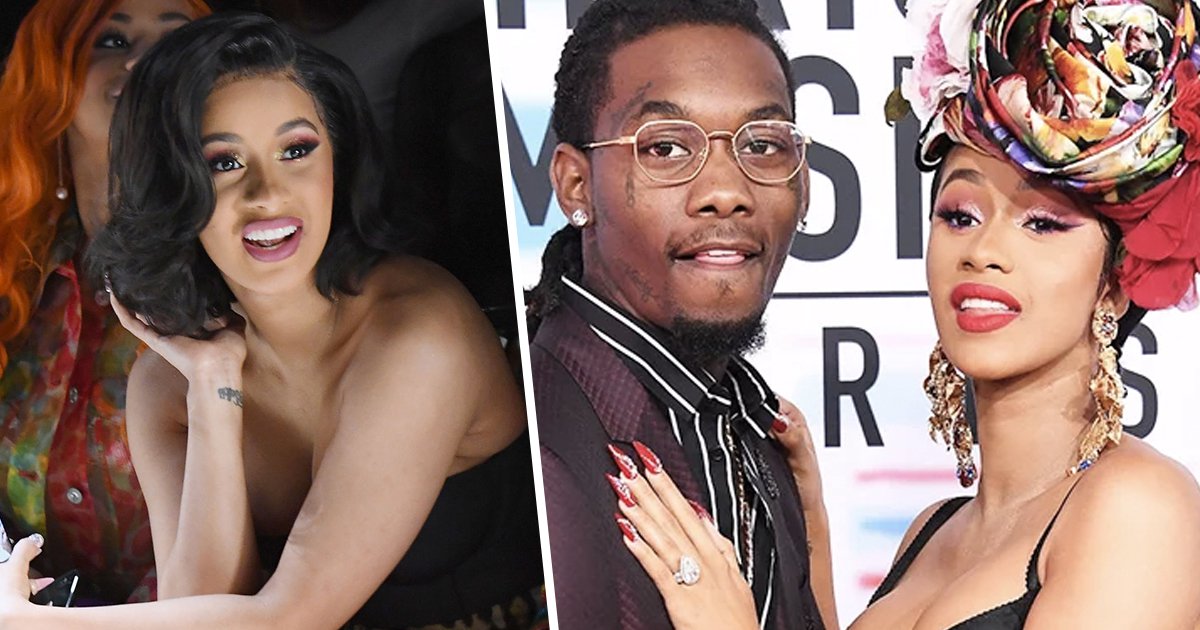 Cardi B threw everyone for a loop earlier this month when she announced split with her husband, Offset over cheating allegations.

However, Offset on his Instagram page recently shared a lengthy video, begging Cardi to accept him back as his birthday wish and forgive him over his infidelity.

Rapper The Game, speaking on the broken relationship took to his Instagram pleading with Cardi B to take back Offset.

In a lengthy post, the rapper urged Cardi to respect their marriage vows, accept that humans make mistakes and forgive Offset.

According to him, “There are niggas out here doing way worse shit to their girl than just entertaining a few hoes via texts like Offset”

The Game wrote “When I saw the blogs posting about offset, I felt like A-Wax in #Menace2Society “Not my nigga”….. then I seen that Cardi called it quits and talks of divorce start circling the net and I was like f*ck.

“1, Because it’s a few couples out here that these young people really be rooting for.. for example: Hov & Bey, Savannah & Bron, Kobe & Vanessa, Melo & La La & as of late, Cardi & Offset. Yea I know, my nigga fucked up but we’re all human and trust me when I say… there are niggas out here doing way worse shit to their girl than just entertaining a few hoes via texts.

“Now, I don’t know all the dynamics between you two nor does anyone else on the internet, but what I do know is you guys look great together and with the marriage and addition of your beautiful baby girl it’s only right you guys re-unite immediately for the good of you guys family unit.

“I feel like these days, relationships, the family environment of old is slowly fading away and you guys amongst others n the ones I named above serve as super dope examples for this new generation of growing couples to remain solid and really stay true to those wedding vows “TIL DEATH DO US PART”.

“Now these are only my thoughts and maybe I’m just rambling to some but I don’t care. I’m 100% positive all three of you guys will be happier this holiday season if you spend it in each other’s presence. Especially with it being your baby’s 1st Christmas. We all make mistakes… it is the men who learn and grow from them that become the old wise heads of big families in the future.”

Also, reacting, rapper T.I. commenting on apology video posted by Offset on Instagram empathizes with the Migos star as he begs Cardi B to take him back.

T.I. wrote: ‘I feel you bro..Take Offset back Cardi B. Ain’t nobody perfect.”

Recall, T.I’s wife Tiny nearly divorced him after cheating on her but ended up getting back together.

Meanwhile, 50 Cent also commenting on Cardi B’s picture on Instagram urged her to go back to Offset.

“That’s a cute outfit but you gotta go home, that Boy (Offset) loves you girl.