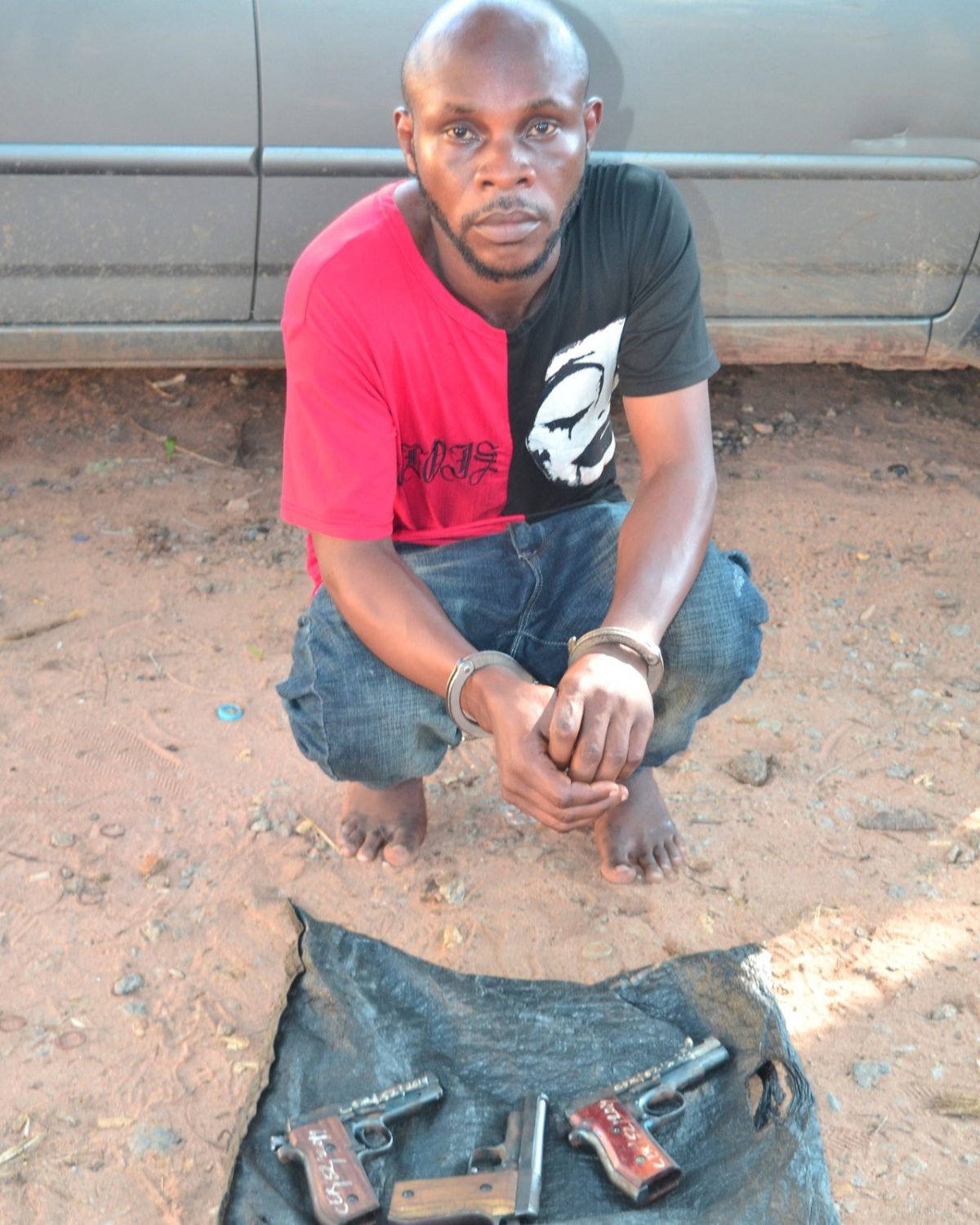 The Delta State Police Public Relations Officer, DSP Onome Onovwakpoyeya disclosed this in a statement signed and made available to DAILY POST.

DSP Onovwakpoyeya said the suspect was arrested by Operatives from “C” Division, Asaba who were acting on credible information on October 28, 2019.

According to DSP Onovwakpoyeya, “The Operatives worked on the information that the suspect who hails from Ezeagu Street in Enugu was boarding a Lagos bound commercial vehicle at Asaba motor park.”

DSP Onovwakpoyeya said the Operatives swung into action and arrested the suspect. An immediate search was conducted on the suspect and his belongings and the three locally made pistols and the thirteen (9mm) ammunition concealed in a bag were found on him.

While noting that a discreet investigation has commenced, DSP Onovwakpoyeya said the suspect will be charged to court as soon as investigation is concluded.