Nigerian, One Other Arrested In India With Heroin Worth Over N1.6 Billion 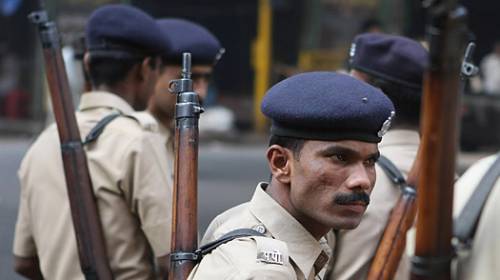 ANI reports that a team of Delhi Police Special Cell laid a trap near the cremation ground of Mangolpuri and arrested Babu Lal with the heroine.

And acting on the information given by Bablu, police arrested Okafor from a rented apartment in Ram Nagar, Delhi and seized over 16.65 kg of narcotic drugs along with a car and a scooty from them.

During the interrogation, the police said the duo revealed that they are members of an international narcotic drug syndicate.

According to the police, Okafor was identified as the main supplier of heroin who used to get the supply from a Delhi-based Afghan national whereas Babu Lal worked as the supplier who used to further supply the heroin to small drug traffickers in Punjab and Haryana.

The Nigerian used to also send consignments of heroin to other countries including UK, Sri Lanka, UAE, Nepal, Bangladesh, and South Africa through courier companies by using fake IDs, the police said.

The police further revealed that Okafor came to India in July 2019 on a six-month business visa but did not return to Nigeria after the expiration of his visa.

Delhi Police registered the case under appropriate sections of the Narcotic Drugs and Psychotropic Substances Act, 1985 (NDPS) Act and further investigation is underway.

Olisa Metuh, a former National Publicity Secretary of the Peoples Democratic Party, PDP, has pleaded with Nigerians to pray for him over his health. Metuh...
Read more
News

Former President Olusegun Obasanjo has declared that he would never return to the Peoples Democratic Party, PDP, saying he has retired from partisan politics. The...
Read more