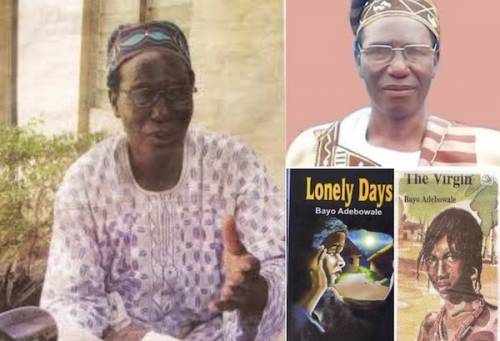 A Nigerian journalist, Olufemi Gorman, has revealed how an author, poet and novelist, Bayo Adebowale, raped five of his daughters.

“He would remove the bulb in my room and sellotape my mouth…I was only 15. I am yet to heal completely.

“He raped all my sisters, they became pregnant, they aborted thrice each. I was the only one who never got pregnant, he called me Ogbanje,” she said.

OnlineNigeria reports that one of his daughters said on her 21st birthday, she opened up to her mother who pleaded with her to keep the story a secret.

She claimed her mother was happily married to her father.

The daughter, who preferred to be anonymous, in a series of chats said her sisters are widows and all of them have also lost three kids each, suggesting that the rape might have been for diabolical purposes.

She also shared how her father tried to talk her out of marrying her husband as he walked her down the aisle.