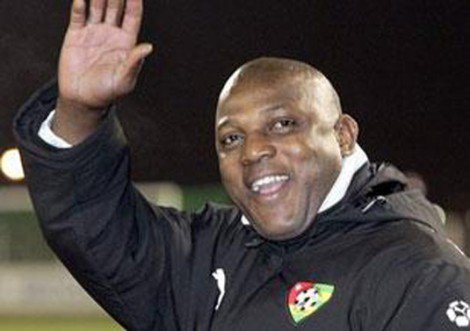 Nigeria legend, Nwankwo Kanu, Confederation of African Football and Ghana legend, Anthony Baffoe have joined the football world in paying tribute to the late Head Coach of the Super Eagles, Stephen Keshi, who passed away two years ago.

Recall that Keshi died on June 7, 2016 in Benin City at the age of 54 after suffering from a cardiac arrest.

“Today we remember Nigeria and Africa football legend, Late Coach Stephen Okechukwu Keshi who passed on, on this day in 2016. Thank you for the memories ‘The Big Boss.’ We can never forget you. #WeRememberKeshi,” Kanu wrote on his Twitter page on Thursday.

Similarly, former Ghanaian international, Baffoe took to Twitter handle to pay respect to Keshi, referred to as the ‘Big Boss’ during his active days.

“Exactly 2 years today since you left us “The Big Boss”one of my idols in world football.You remain in our hearts. Rest well Stephen Keshi,” Baffoe tweeted.