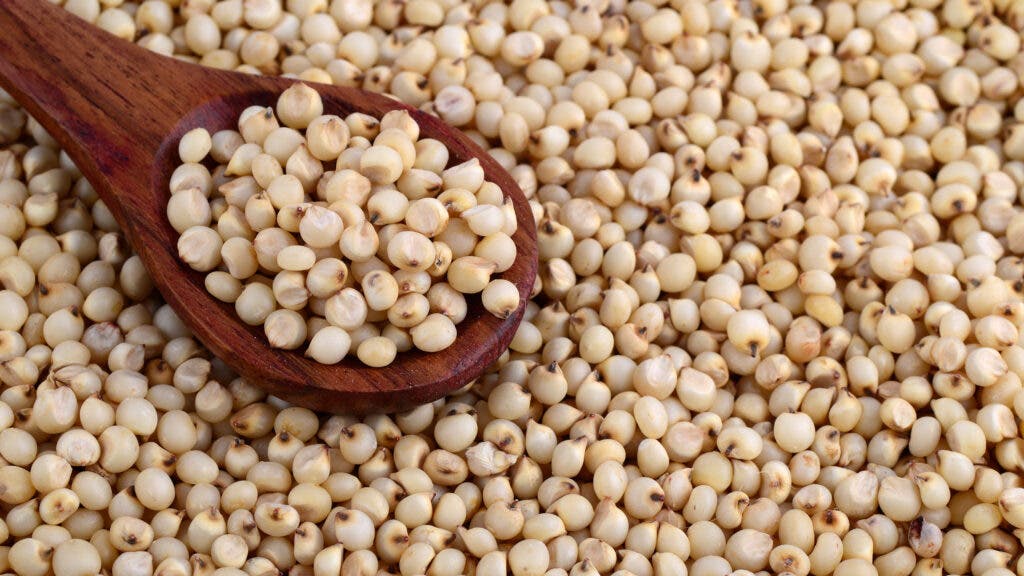 As Nigeria currently occupies third place in global sorghum production after the United States of America and India, the Federal Government and stakeholders, weekend, synergized and brainstormed to up-scale sorghum production and how to dominate the international market.
This was contained in a statement signed by the Director, Information, Theodore Ogaziechi, where the Minister of Agriculture and Rural Development, Mohammad Nanono, maintained that the Buhari-led administration is resolved in massive production of the commodity largely needed by the brewers, bakers and others.
Nanono who was represented by the Zonal Director, North-East, Dr Musa Inuwa Mohammed, at the stakeholders meeting with theme ‘Streamlining Existing Sorghum Varieties, Commercialisation and Product Development of Sorghum in Nigeria’ held in Bauchi State, expressed optimism that an inclusive strategy will go a long way to strengthen the sorghum value chain towards increased productivity in tackling the threats of food scarcity.
He said: “The overall policy objective of Sorghum production is to increase the productivity and to promote small, medium and large- scale commercial production of the crop using improved high yielding varieties and hybrids and to promote value addition of the crop as raw materials for the industrial food markets, livestock feeds and highly nutrition well-packaged food products for local and international markets.
“The Federal Government is committed to the promotion of the agricultural sector by unleashing its potential to drive food and nutrition scarcity, economic growth and job creation.
“The Ministry is ensuring accelerated sorghum production and value addition towards self-sufficiency to meet industrial requirements as well as boost farmers’ income and generate employment in the country. The initiative is a collaborative effort with all stakeholders.”
According to the Minister, sorghum has continued to assume great industrial relevance with many multinational companies especially in the brewery industry through the use of sorghum grits as adjuncts (up to 40 per cent) to barley base (mash) for making alcoholic and non-alcoholic beverages.
He added that sorghum composite with wheat flour is used to serve as main ingredients in the production of bread, biscuit, cakes, couscous, infant foods, and cookies.
Others include Indomie, spaghetti, and macaroni. In the non-food industrial sector, he said, Sorghum as grits are used for the production of aluminum-ore refining, animal feeds, building materials, and foundry binders.
As sorghum is one of the staple food in most sub-Saharan countries including Nigeria he (Nanono) said, “Its production must be strengthened to meet the regional reserve, World Food Programme, WEF, as well as local consumption demands minding the advance effects of COVID -19, Boko Haram/ bandits and flood.”
Meanwhile, papers presented at the meeting include Streamlining of Existing Sorghum Varieties to Meet Industrial Demand by the Executive Director, Institute of Agricultural Research, (IAR) , Zaria, Prof M. Ishiyaku; Supporting the Rural Farmers and Smallholders for Jobs and Wealth Creation by Dr Yusuf Oseni, of the Department of Economics, was presented by Dr Sani Abdullahi.