by Khad Muhammed
March 29, 2021
WhatsApp
Facebook
Twitter
The Presidency has said that there was not a time when the current administration promised to make one naira equivalent to one dollar.


Femi Adesina, Special Adviser to the President on Media and Publicity, said the claims suggesting that President Muhammadu Buhari made such a promise are false. 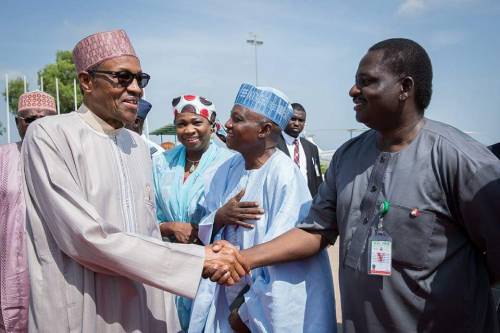 “It does not exist, it is fake, it is false, it is apocryphal, it doesn’t exist,” Adesina insisted while appearing as a guest on Channels Television’s Sunday Politics.

Adesina said the minister of information, Alhaji Lai Mohammed, debunked the claim many times and challenged anyone with clips and publications to make them available.

Speaking further about negative criticisms directed at the president and the administration, Mr. Adesina said Nigerians must stop dwelling solely on the negatives if the country is to forge ahead in the progressive path.

The president’s special media aide argued that there are silver linings in the sky. He, however, opined that it is typical of Nigeria that when the break in the clouds comes, no one talks about them.

Adesina’s comments come on the heels of some assertions made by former Vice President Atiku Abubakar, following a recent report that tagged Nigeria as the nation with the world’s highest unemployment rate.

In a statement on Sunday, Atiku said the present Nigerian government could not address issues facing the country.

The PDP presidential candidate in the last election called on stakeholders and elder statesmen to help in rescuing Nigeria, which he noted is on the precipice.

In addressing Atiku and reacting to the dismissive report, Adesina maintained that all nations in the world experience negatives. If that becomes a focus, then there will be many more to talk about.

He, however, declared that there are also many positives in Nigeria, adding that Nigerians must look out for the cheery reports and encourage themselves.

Bello Matawalle, Zamfara State Governor, has said bandit attacks in his state has turned into a lucrative venture owing to the influence of politicians. The...
Read more
#SecureNorth

Governor Abdullahi Ganduje has stirred dust in Kano State after he paid a surprise condolence visit to Haruna Ahmadu Zago, the court-recognised chairman of...
Read more