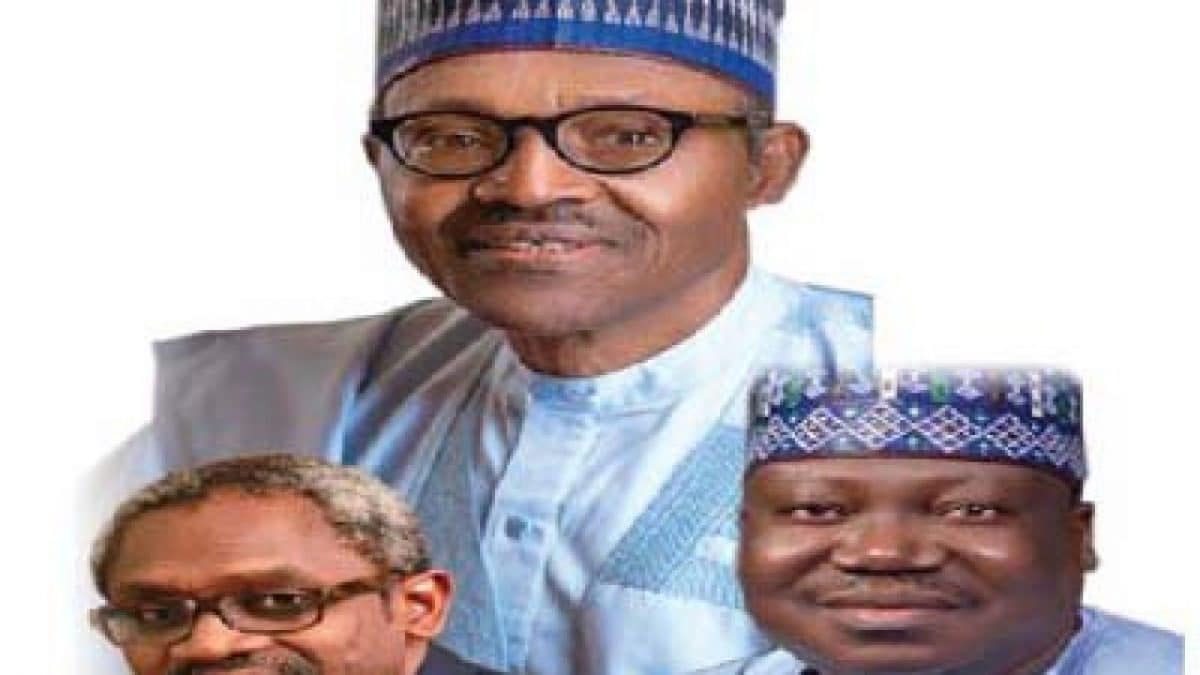 Socio-Economic Rights and Accountability Project (SERAP) has sued President Muhammadu Buhari, Senate President, Ahmed Lawan, and Speaker of the House of Representatives, Femi Gbajabiamila over the failure to account for security votes since 1999.

The suit number FHC/ABJ/CS/1369/2019 filed last Friday at the Federal High Court, Abuja is seeking leave to apply for judicial review and an order of mandamus to direct and compel Buhari, Ahmed Lawan, and Femi Gbajabiamila to disclose details of allocations, disbursement and spending of security votes by the Federal Government, 36 state governors and 774 local governments between 1999 and 2019.

The suit followed SERAP’s Freedom of Information requests and “the respondents’ failure to account for some N241.2 billion of public funds allocated, disbursed and spent yearly as security votes, and the corresponding lack of effective protection of the rights to security and welfare, life and physical integrity of millions of Nigerians.

The letter dated 10 November, 2019, signed and forwarded to DAILY POST by SERAP Deputy Director, Kolawole Oluwadare said, “Nigerians have the constitutional and international human right to know details of the exact amounts that have been spent as security votes and specific areas and projects covered by the allocations, disbursement and spending. There is overriding public interest in Nigerians having access to these details, and the respondents have legal obligations to facilitate public access to such information.”

The organization added that, “Constitutional provisions requiring governments to ensure the security and welfare of the people are intended to protect the security and safety of citizens and not the security of a few individuals in government. Without transparency and accountability, the mismanagement and corruption in the allocation, disbursement and spending of security votes will continue with devastating consequences.”

The suit filed on behalf of SERAP by its counsels, Kolawole Oluwadare and Opeyemi Owolabi read in part, “The respondents have a legal duty to proactively record, keep and disclose information in respect of allocation, disbursement and spending of security votes without waiting for SERAP to request for such information. They are also required to maintain and publish documents containing information relating to the receipt or expenditure of public funds.

“The suit is seeking to offer governments at all levels an important opportunity to be transparent and accountable with the exercise of their discretionary powers in the allocation, disbursement and spending of security votes. The public interest in the disclosure of these details outweighs any private interest the respondents may be seeking to protect.

“The right to know allows Nigerians to gain access to information essential to the fight against corruption, which is entirely consistent with the government’s own anti-corruption strategy to encourage citizens’ involvement in the fight against corruption. Access to information on details of security votes will ultimately foster security, sustainable peace, and development of democratic institutions across the country

“Public officers are mere custodians of public records. The citizens are entitled to know how their commonwealth is being utilized, managed and administered in a democratic setting, as this positively influences the feeling of belonging in the society.

No date has been fixed for the hearing of the suit.