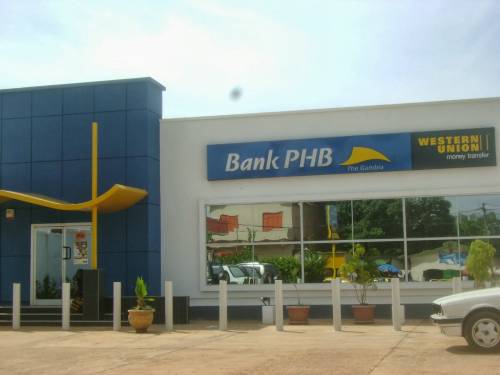 Adeniji Ayokunnunmi, a retired Deputy Director, Banking Supervision Division of the Central Bank of Nigeria (CBN) has told the Federal High Court In Ikoyi, Lagos that the defunct Bank PHB had in troubled waters long before his team carried out a special examination on the bank.

Ayokunnunmi, who stood as a witness of the Economic and Financial Crimes Commission (EFCC), said this on Thursday during the criminal trial of Francis Atuche, Managing Director of defunct Bank PHB Plc, now Keystone Bank Plc.

The Economic and Financial Crimes Commission (EFCC) is prosecuting the duo for alleged fraud of N125 billion. They were accused of conspiracy, reckless granting and approval of loans and money laundering between September 1, 2006 and 2009, to which they pleaded not guilty.

When asked by Atuche’s counsel how Ayokunnunmi got to know that Bank PHB was experiencing challenges, he said: “There were clear signs that Bank PHB was on its knees before we went on the special examination”.

He added that the accounting records of the bank showed non-performing credits, including that of directors; the IT system was in bad shape, while shareholders’ funds had also been affected. Ayokunnumi said he got to know all this information through the records provided by the bank.

“The bank also gave us records when we got there and it is from the records that we saw the distress signs,” he said.

According to the EFCC, Atuche and Ojo contravened Section 14(1) of the Money Laundering (Prohibition) Act and Section 516 of the Criminal Code Act Cap 38, Laws of the Federation of Nigeria 2004.

Further hearing on the matter continues on Friday, October 12.