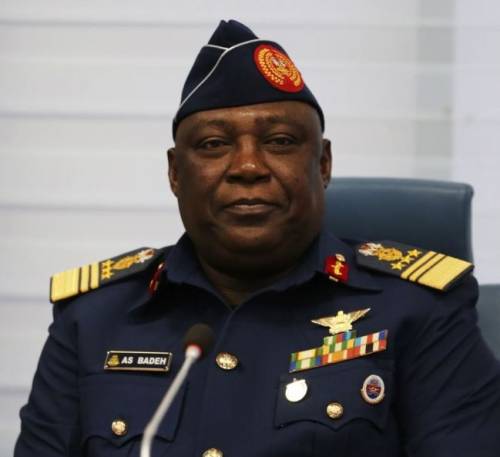 Air Chief Marshal Alex Badeh was killed by expert marksmen, an associate of the deceased has alleged.

The former Chief of Defence Staff was shot dead by unknown gunmen along Abuja-Keffi Road on December 18.

The Nasarawa State Police Command on Thursday confirmed the arrest of five suspects in connection with the killing of Badeh.

One of the suspects, Shuaibu Rabo, in a confessional video claimed that they killed the ex-CDS because he resisted being robbed of a large sum of money in his possession meant for the purchase of a parcel of land.

However, his family denied the allegation, claiming that the police concocted the story to deceive the public.

However, the deceased’s associate, who spoke on condition of anonymity, told our correspondent that a crime scene analysis, the bullet’s trajectory and pictures had indicated that Badeh’s killers were not hoodlums.

Speaking to Saturday PUNCH on Friday, the retired security officer explained that the incident was “a targeted attack”.

He dismissed the confessional video as a charade, stressing that the ex-CDS was broke.

He said, “As an intimate friend of the late CDS, I can tell you categorically that Badeh had no such money. He was very broke and could not pay his domestic staff and power bills. At a time, I volunteered to raise N50,000 to enable him to settle part of the bills, but he declined, saying he would harvest some crops on his farm and sell them to raise money.

“That was why he went to the farm to harvest the crops but he was ambushed and killed.

“He was very broke because all his accounts had been frozen by the court and his pension stopped. So, how could a man who could not pay his bills pay N2m for a farmland as claimed by the police investigation? That is stretching the lies too far.”

Another friend of the late CDS claimed that Badeh was planning to join the campaign team of PDP presidential candidate, Atiku Abubakar, before he was killed.

According to the source, Badeh delayed the announcement because his lawyer asked him to suspend the move and prepare for the opening of the defence of his corruption case which was slated for January 16, 17 and 18, 2019.

The associate alleged that Badeh might have been murdered to prevent him from revealing in court those who shared the money for arms for which he was being prosecuted.

Meanwhile, Justice I. E. Ekwo of a Federal High Court, Abuja, has ordered the interim forfeiture of the sum of N263m recovered by the Economic and Financial Crimes Commission from one of the prosecution witnesses in the N3.9bn fraud trial of Badeh.

The EFCC had through an ex parte application filed on December 3, 2018 prayed the court to grant the interim forfeiture of the said money believed to be the proceeds from illegal transactions linked to the fund meant for purchase of arms for the military.

The application is subject to the provisions of Section 29 (b) of the EFCC Establishment Act 2004.

The money has been deposited in the custody of the EFCC Recovery Account domiciled with the Central Bank of Nigeria, according to the acting spokesman for the EFCC, Tony Orilade, in a statement on Friday.

In granting the order on December 18, 2018, Justice Ekwo ruled that “a publication of the notice is to be simultaneously made by the anti-graft agency in a national newspaper and the EFCC website inviting all persons/bodies who might have interest in the said money to show cause why the final order of forfeiture in respect of the sum of N263m should not be made in favour of the Federal Government of Nigeria.”