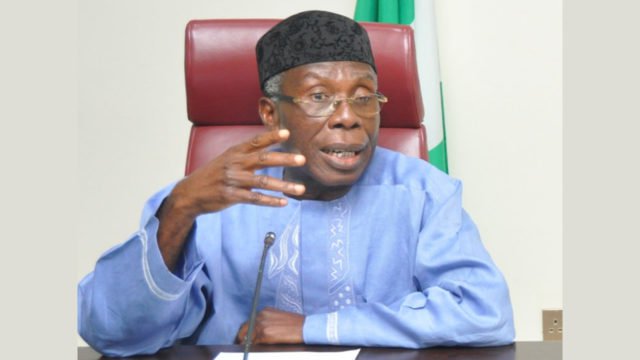 The Minister of Agriculture and Rural Development, Audu Ogbeh says he has been angry over the importation of rice into the country since 1982 when he served as Minister of Communication in the first Republic.

He explained that importation of rice and other commodities into the country took a huge toll on Nigeria’s foreign reserves in dollars.

Ogbeh further explained that foreign countries that exported rice and other commodities into Nigeria were those that ridiculed the country, saying that the stoppage of rice importation by the President Muhammadu Buhari administration was Nigeria’s success story.

According to him, “The challenge we have in the Agric sector which we have overcome was the importation of rice into the country.

“Since 1982 and that is 37 years now, I have been angry over importation of rice given the opportunity we have in Nigeria to cultivate rice for domestic use and exportation.

“Those countries exporting rice to us generate employment for their countries and our citizens travels through desert to go and work there and I said we will not accept this situation any longer.

“The same countries after importation of rice, they take dollars from our foreign reserves still turn around to abuse us that we are poor,” he said.

The minister and his state counterpart on Tuesday were engaged by the Senate and House of Representatives Committee on Agriculture and Rural Development over the ministry’s 2019 budget proposal.