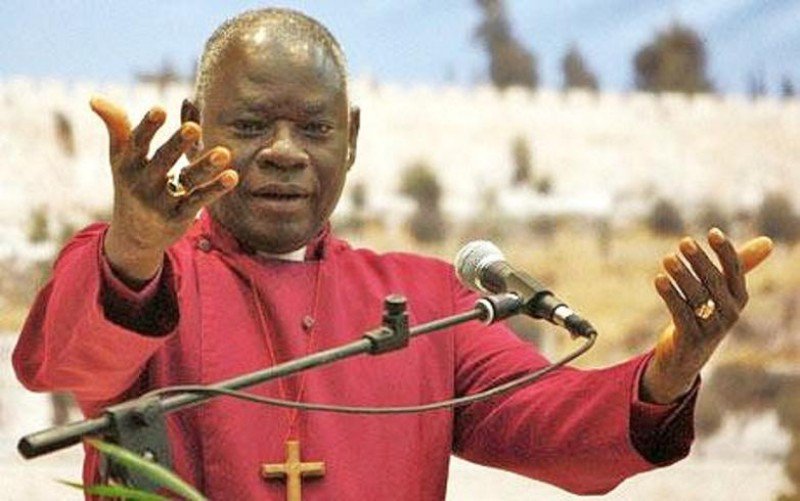 Rev. Peter Akinola, the former Primate of the Church of Nigeria (Anglican Communion), has blamed past and present administrations in Nigeria for the decay in physical infrastructure around the country.

Akinola made the criticism in Abuja on Wednesday at the dedication of St. Matthias House, Church of Nigeria National Secretariat, at Plot 924, Ibrahim Waziri Crescent CAD Zone BOI, Gudu District.

He said it was sad that the 127.6km Lagos-Ibadan Expressway built at the cost of 90 million in 1978, had taken 20 years to be rehabilitated in spite of huge funds sunk into the job by different administrations.

The cleric said that Nigerians needed guidance that would lead the way to the place of rest and charged the church to base its decisions on the reformation principles of God.

“The decision must be predicted on reformation principles, what the scriptures say, Christ should guide decision,” he said.

He advised the church not to allow politicians to guide its activities or influence its decisions.

Akinola expressed regrets over the poor quality of education in the country, adding that because politicians could not fix the problems of the country, they sent their children abroad to study.

He also criticised the poor state of health facilities in the country and described public hospitals as a glorified clinics.

“In our national teaching hospitals, people now sleep on the flour, women now give birth on the floor while nurses engage their phones.

“Our politicians go overseas and are not bothered about how they will help dying Nigerians because they cannot give what they do not have,” he said.

Akinola said that the church belongs to God and not for any ethnic group and urged tribal leaders and politicians to put all their agenda outside the church to enable the church leader to succeed.

Commenting on the killings across the country, he advised Christians to be law-abiding and promote peace as God they serve is a God of peace.

He expressed regrets over the killing of 10 youths in Gombe on Sunday night but noted that when people were pushed to the wall they reacted violently.

In his speech, Archbishop Nicholas Okoh, the Primate of the Church, spoke about God’s faithfulness towards the completion of St Matthias House and likened it to the story of the Israelites to the Promise Land.

“We have come to offer thanksgiving to God and to dedicate this new building to His honour and glory as we present the National secretariat,” he said.

The primate said the buildings had been dedicated to God through prayer, worship and service of God.

Okoh said the country needed development but stressed that development was not a 100m dash but a marathon which requires one step at a time.

“What Nigeria needs actually is that at any given time there should be one development going on, either in education, in health and in all areas of our lives so that through this way progress is made.

“What is more of a problem to Nigeria is the absence of light, we cannot continue with this generator matter and whoever is selling this generator to us is our enemies; our government should know that generator dealers are part of our problems and should find a solution to it,” he said.

Okoh stressed the need for the government to protect the citizens and urged the people to choose persons of integrity to protect their interests.

The Church of Nigeria (Anglican Communion) came into being on Feb. 14, 1979, recognised as St. Matthias Day.

Construction of the secretariat started on Jan. 12, 2016.