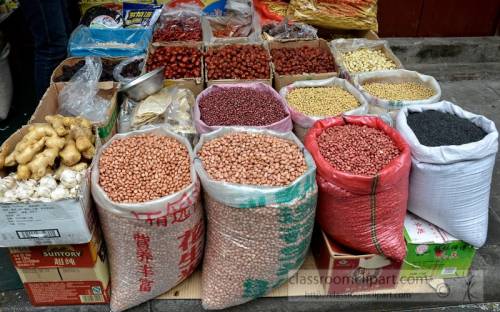 Following the order to block the supply of foodstuffs to the South by the Amalgamated Union of Foodstuffs and Cattle Dealers of Nigeria, prices of food items have skyrocketed in daily markets in parts of Enugu State and Aba, Abia State.
Meanwhile, the Association of South East town unions, ASETU, has described the blockade as a good opportunity for the people of the South East to enhance their agriculture and produce more foods.

Also, Leaders of Omo Eko Pataki including Chief Bode George, Maj. Gen. Tajudeen Olanrewaju (retd) and Mr Gbadebo Dallas, yesterday, urged Governor Babajide Sanwo-Olu of Lagos State to embark on the agricultural revolution in the state, following the blockage of food items supply by northern traders to the south.
Similarly, Dean School of Post Graduate Studies, Federal University, Otuoke, Bayelsa State, Prof Benjamin Okaba, has charged Niger Delta State governments to take the blockade of food items as a challenge to rejig their agricultural policies to boost food production.
A cattle dealer in Orba, Udenu Local Government Area of Enugu State, Jonas Ndidiamaka, told Vanguard that the development has affected cattle business in his area.
He said “This development is affecting our business because we don’t know what to do when we run out of stock. Prices of cattle are higher now than the last Christmas season. A cow of N120,000 during Christmas season now sells for N160,000, while those sold for N200,000 before, now sells for N280,000.”
Also, a banker at border town to the Northern Nigeria, Obollo Afor, Ifeanyi Anigbo, lamented a drastic drop in transaction. Anigbo, who told Vanguard that most of his clients were foodstuff dealers and that the development has affected the volume of transactions he usually had with them.
Aba
In Aba, Abia State, a bag of onions that previously sold for N20,000 now sells for N30,000.
Onions dealer at Orie Ugba market Umuahia, who identified herself as Matam Bala told Vanguard that a bag of onions which she bought from Aba Onion market last week was way-billed to her Tuesday, at the cost of N30,000.
Following the 50 percent increase in the price at the point of purchase, the quantity that previously sold for N200 now sells between N300 and N400.
The worst-hit appears to be tomatoes, pepper and other perishables from the North.
It’s a good thing for Igbo —ASETU
ASETU in a statement by its National President, Chief Emeka Diwe said, the decision of Northern foodstuff traders was “a dream come through” for the people of the South East, adding that “ASETU has since created alternatives for Ndigbo.
“The blockade on food supplies to Igboland by the North cannot make us cower, or shake or scamper for help. We prepared for it.
“We have noted with great delight the statements by some Northern groups in which they threatened to end the supply of food items to our land. We are also aware that MACBAN and other foodstuffs and cattle dealers’ associations in the North have begun to grapple with enforcing these threats.
“What is really exciting about this move by the North is that it has helped the plan of Ndigbo through ASETU to attain total self-sufficiency in food production, and it will certainly within a short time put a stop to the capital flight caused by the imperialism of the Northern agro-cartels in Igboland.‘‘
Sanwo-Olu must start Lagos Agric Revolution now —Bode George, Olarenwaju, Dallas
Leaders of the group, who were reacting to the recent blockade of foodstuffs from the north to the south, said Lagos State is blessed with nutrient-rich agricultural fields that can quickly be marshalled into farmlands.
They said: “The recent action which halted the convoy of trailers from bringing tomatoes, peppers, onions and all kinds of good stuff to the south should awaken the leadership of Lagos state to redirect its policies in widening its agricultural investments.
“Lagos State which is naturally our foremost concern as ?m? Eko Pataki should, henceforth, use a massive workforce of her unemployed youths across the IBILE traditional enclave, whipping our vast and enriched lands into huge agricultural holdings. ‘‘
N-Delta states should synergies, rejig agricultural policies —Okaba
Prof Okaba, said: “When they say necessity is the mother of invention, that means that when you are faced with a situation like this, you should take it as a decent challenge and think of what you can do within and outside the box to grow our economy.
“I think it is an opportunity for us to rejig those processes that God had given us. Rather than panic, I think this is an opportunity for us to do the needful, we have the population, we have the graduates that are not working, let the government open up farms and unemployment will be dealt with. The issues of youths restiveness and unemployment will be taken care of by this challenge.
“I am calling for synergy among the Ministries of Agriculture and Natural Resources in the region, they should come together and exchange ideas on how they can boost agricultural productions.”
We’ll ensure food production, supply to South not affected —MBF
Meanwhile, Middle-Belt Forum, MBF, has assured Nigerians that the Central region would ensure that food production and supply to the South won’t be affected by the blockade upon by members by the Amalgamated Union of Foodstuff and Cattle Dealers of Nigeria.
MBF in a statement by its Secretary (Kaduna), Mr John Haruna, said, “All ethnic nationalities within the Middle Belt region comprising of the people from Plateau, Nasarawa, Adamawa, Taraba, Niger, Kwara, Kogi, Benue, the Federal Capital Territory, alongside Southern Kaduna, Southern Bauchi, Southern Kebbi, Southern Gombe, Southern Yobe State and Southern Borno have disassociated themselves from the blockade of food supply to the Southern part of the country.
“The call for the blockade is laughable and unacceptable. So, we from the Middle Belt region of Nigeria shall continue to transact, and supply abundant food items to the South. ‘‘
Vanguard News Nigeria