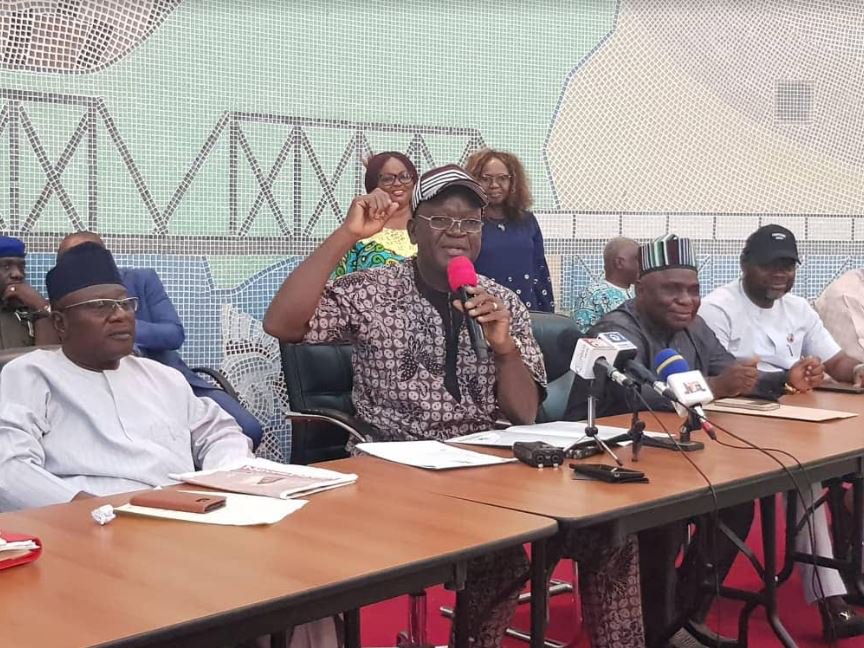 Benue State Governor, Samuel Ortom, has condemned the invasion of the National Assembly by the Police and Department of State Services.

Ortom in a statement by his Chief Press Secretary, Terver Akase, described the action as an ‘infringement on the fundamental right of freedom of association of Nigerians, which must be resisted.

He said the action of the security operatives had ridiculed the country and capable of degenerating into lawlessness.

“I condemn police invasion of the National Assembly and urge patriotic Nigerians to reject this impunity which is an assault on our democracy. We cannot afford to remain the laughing stock of the world,” he states.

The governor said there are rules and procedures as well as Constitutional provisions that govern the conduct of the business of the National Assembly and any attempt to break them was condemnable.

Ortom recounted that a similar breach of democratic norms was also happening in the Benue State House of Assembly. He stressed that if it was allowed to go on at the highest level, the impunity would spread across the country.

Ortom wondered why the President Muhammadu Buhari-led Federal Government saw nothing wrong with those defecting from the PDP to the APC but is bent on persecuting those leaving the ruling party.

He recalled that the Presidency said it had no hand in the Benue saga, but did not follow up with any sanctions for those responsible, making the denial suspect.