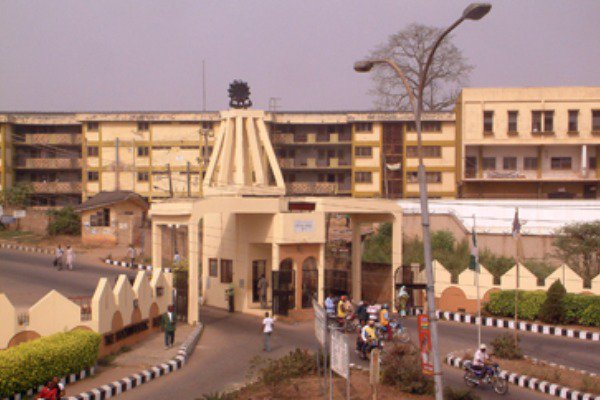 Members of the Non Academic Staff Union (NASU) of The Polytechnic Ibadan chapter on Wednesday declared an indefinite strike over non-payment of eight-month salary arrears being owed them by the Oyo State Government.

The union, while declaring that it will not resume work until the arrears were cleared by the state government, added that failure of the state government to increase monthly subventions to the institution has caused a lot of damages in the polytechnic.

DAILY POST recalls that the union, when its counterparts at the Ibarapa Polytechnic, Eruwa embarked on an indefinite strike had last month, threatened to also down tool should the state government fail to pay their eight-month salaries.

Akande, who commended members of the union for abiding with the union’s directive on the strike, remarked that the union decided to commence the industrial action because the government had failed to fulfill its promises to the union.

“So, for the last year, we are being owed 8 months salaries. Though the governing council of the Polytechnic Ibadan has been doing their best to make sure that our monthly salaries are being paid since January this year.

“But, they are yet to pay us the eight months arrears or come out with modalities on how to pay the arrears. And that is the reason the union is embarking on strike action today. They should pay us the arrears so that we will not labour in vain.

“We commenced an indefinite strike action from today, Wednesday 8th August 2018 because we are being owed eight months salary arrears and we are not going to suspend the strike action until the government and the governing council which is their agent do the needful. We decided not to close down the gates of the institution because ASUP is not on ground but the trend of events will now determine the next action to take. The trend of events can aggravate out tension.

“Even as I am talking to you, I just spoke with the our national secretary and he has assured this branch that they are going to join us on Monday for the protest,” the union leader said.