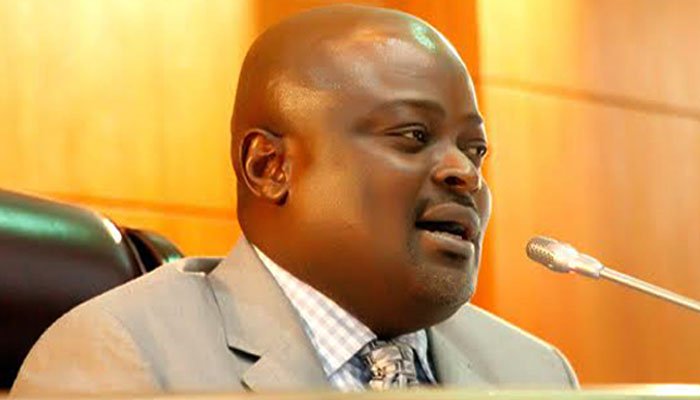 The Chairman, Conference of Speakers of State Legislatures of Nigeria, Mudashiru Obasa has commended the Acting President, Prof. Yemi Osinbajo for his timely action on the invasion of the National Assembly by operatives of the Department of State Services (DSS) on Tuesday.

Osinbajo, who frowned at the action, in a swift reaction sacked the DSS Director General, Lawal Daura for what the Presidency described as unauthorised action.

Obasa, who is also the Speaker, Lagos State House of Assembly, said that there must be commitment to the rule of law and justice in the country.

A statement issued by his Chief Press Secretary, Musbau Rasak said Osinbajo’s action did not only stop the chaos but has also brought credibility to the Federal Government both at home and abroad.

“The acting President has acted timely and this has confirmed that the Presidency has no hand in the invasion of the National Assembly.

“This has brought credibility to the government and shown its sincere commitment to rule of law and justice,” Obasa said.

He condemned the invasion describing it as a desecration on the sanctity of the Parliament.

“The action of the DSS is condemnable because it’s a desecration on the sanctity of the Parliament.

“But the acting President has restored the pride of the Parliament through his timely action,” the chairman said.

According to him, the Conference of Speakers had warned in the communique issued at the end of its meeting which ended in Lagos on Sunday that security agencies should be more professional and apolitical.

“This invasion, coming barely 48 hours after our meeting, is sacrilegious and inimical to the growth of democratic values and ideals.

”The Parliament is the anchor on which democracy stands. Any attempt to desecrate it will have negative lasting impact on democracy,”