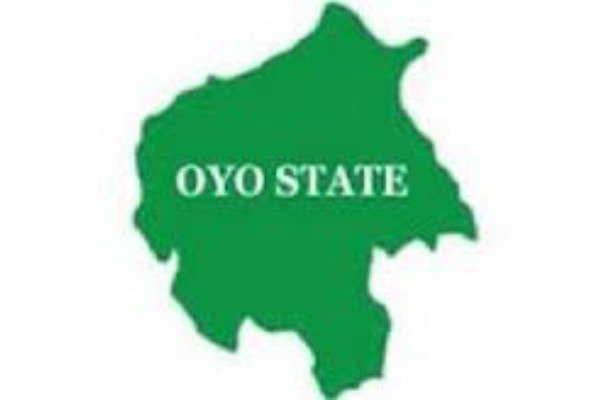 The Oyo State Government on Tuesday declared that any estate agent, surveyor or lawyer caught while abetting land grabbers in the state will be liable to a minimum of fifteen years imprisonment or pay a fine of N500,000 (five hundred thousand naira) or both.

Attorney General and Commissioner for Justice, Mr. Seun Abimbola, who made this disclosure in a statement made available to DAILY POST in Ibadan, also appealled to members of the judicial arm of government to adopt what he described as “the principle of substantial justice in dealing with the growing menace of land grabbing in the state”.

Abimbola disclosed that “the state had risen to the occasion by passing an appropriate legislation to tackle the mischief of the land grabbers”.

He warned that “those involved in the use of thugs, agents, consultants to attack occupants or demolish buildings based on purported court judgment without proper procedure shall be prosecuted under the Real Property Protection law (Anti Grabbers Law) to ensure the menace of land grabbing is finally curbed in the state”.

Abimbola, who said that the anti-grabbing law was enacted to protect the interest of property owners against all forms of intimidation and harassment in the state maintained that “the state initiated the Real Property Protection (RPP) Bill in 2016, passed into law and assented to by Governor Ajimobi on February 9, 2017 to curb the menace of land grabbers”.

He explained that Section 3 of the RPP law states that: “as from the commencement of this law, no person shall use force or self-help to take over any real property or engage in any act inconsistent with the proprietary right of the owner or occupant in the state”.

Abimbola stated that “without prejudice to the rights of a judgment creditor to reap the fruits of his/her judgment, there are laid down procedure for the enforcement of a warrant of possession over real property, and there are statutory persons authorized to carry out that task, noting that other than bailiffs/Sheriffs of court supported by the police, no other person(s) have a legal right to enter into another person’s property in the name of executing a court judgment.

“Aiding and abetting a forceful take-over of land, threat or use of force, with or without offensive weapons, selling or offering for sale illegally taken over real property, or a beneficiary of such forcefully taken over land are all subject to prosecution under this law”.

He then warned that “professionals like estate agents, estate and land surveyors, or even lawyers may be subjected to prosecution should they be found to have played any role in the chain of events leading to such forceful take-over of Real property in Oyo state.

“Section 7 (1) of the RPP Law states unequivocally that “Any person who without lawful authority uses or threatens violence for the purpose of forcefully taking over or grabbing any Real property for himself or for any other person, commits an offence and is liable on conviction to imprisonment for 15 years or a fine of N500,000 or both… “(2). The right of any person to possession or occupation of any property shall not for the purpose of subsection (1) of this section constitute lawful authority for the use or threat of violence by him or anyone acting on his behalf for the property…(3) For the purpose of this section an offence is committed whether or not the violence is… directed against the person or the property…..

“Regrettably even since the commencement of this law, the police still sometimes charge culprits arrested for offences created under the RPP law, merely for malicious damage, a charge readily defeated by a defence of bonafide claim of right under section 23 of the Criminal Code, whereas under the RPP Law, a bonafide claim of right is no defence to a ‘vi et amis’ (force of arms) take-over of any land in Oyo state.

“My lords and your worships, permit me to humbly request of you when faced with such erroneously drafted criminal complaints, to please exercise your powers under section 215(4) of the Administration of Criminal Justice Law of Oyo state 2016, which authorizes the judex to amend, alter, or reframe a defective charge once the ingredients of the charge discloses ‘land grabbing’ rather than mere malicious damage, or in any other case where the prosecution might have wrongly charged.

“This is the substantive justice the ACJL stands for, rather than surrender jurisdiction under the challenge of a preliminary objection predicated on an improperly framed charge. I therefore solicit the support of my colleagues at the Bar and the unwavering courageous Oyo state judiciary to join hands with the current administration to eradicate land grabbing in Oyo state.

“I commend our colleagues with whom I had engaged on recent developments in this respect for their quick intervention to avoid a breach of public peace and undue empowerment of brigands by their clients in the name of enforcement of court judgments,” Abimbola added.